Located in the town where the couturier was born, the Cristobal Balenciaga Museum stages a new addition to the curatorial series that explore the work of Cristóbal Balenciaga through a chronological and evolutionary discourse. This new exhibition, Contexts, leads us to look for the commonplaces of history and fashion, the spaces behind the curtain, where everything actually takes place, and the formal parallels of the then of haute couture in front of the now of the Museological work. With this new edition, Fashion and Heritage are transformed into a series, including the contributions of new research, new materials, and new content.

With new layers of knowledge and the possibilities to explore them offered by new technologies, the exhibition occupies six rooms, about 1000m2 of the Museum, and has 80 pieces of clothing that, for the most part, have not been previously exhibited. Technology is present in this exhibition, facilitating interactivity through digitisations that allow us to observe in detail (megapixel) the pieces, their 360º vision, and infographics about their technical construction. – Cristobal Balenciaga Museum, Spain – until Sunday, January 12, 2020

During an age in which Paris still dominated fashion and dictated often unaffordable trends, Quant sought to make her clothes available to women from all social levels, helping to pioneer mass-market clothes and leading a democratic approach to trends that enabled all women to buy into the mood of the moment.

The V&A has the largest collection of Quant in the world, yet what makes this exhibition special are the real-life stories of the women who actually lived in her clothes. The exhibition includes 35 pieces that came straight from the British public, and stages how the revolutionary fashion designer shook up the British high street; from super-high hemlines to vibrant makeup, with over 200 garments and accessories, including previously unseen pieces from the designer’s personal archive.

The Kunsthal in Rotterdam is the first one in Europe to exhibit Thierry Mugler: Couturissime, which follows the career of this exceptional creative spirit that brings about a revolution in fashion with its morphological and futuristic style, and glamorous yet elegant silhouettes: tight lines, superhero shoulders and tiny waistlines for dressing a sensual and powerful woman who undergoes constant metamorphosis.

The exhibition brings together more than 150 pieces from the period between 1977 and 2014, most of which are being exhibited for the first time, and offers visitors the opportunity to plunge into Mugler’s unique imagination where perfectionism, Hollywood-like prestige, dreams, exotic creatures, eroticism and science fiction alternate. Bold choices, such as the use in haute couture of innovative materials such as metal, faux fur, vinyl and latex, are also explained. In addition, many never seen before accessories and stage costumes, clips and videos, archive documents and sketches are shown. The hundred works by the greatest contemporary fashion photographers, including Guy Bourdin, Goude, David LaChapelle, Helmut Newton, Herb Ritts and Dominique Issermann, complete the exhibition and make this a must see for this winter. – Kunsthal Rotterdam – until March 8, 2020 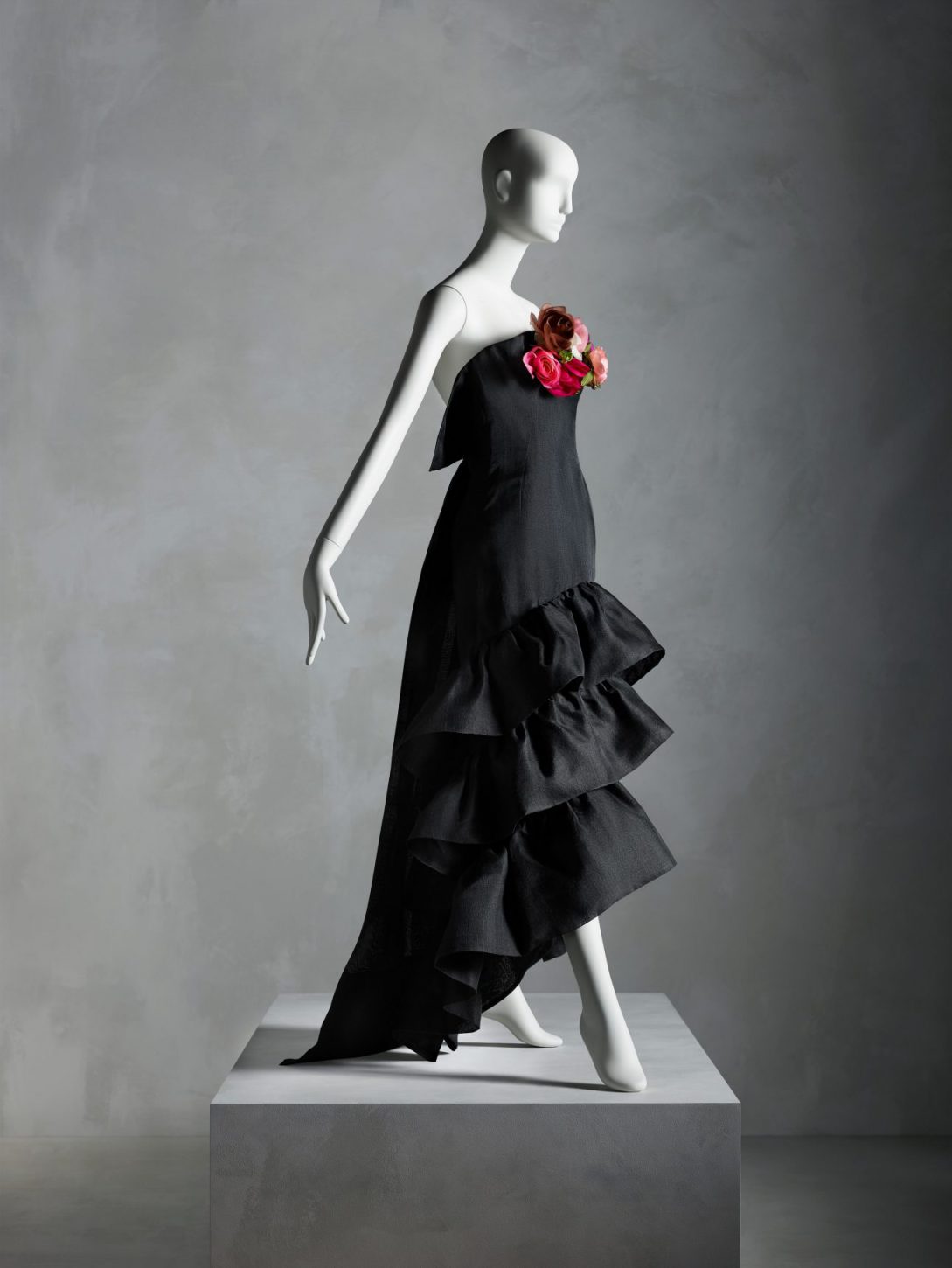 In Pursuit of Fashion

the Costume Institute at the Metropolitan Museum of Art will open its exhibition In Pursuit of Fashion: The Sandy Schreier Collection. For those who are not familiar with her legacy: Schreier is one of fashion’s greatest collectors, who over the past half-century has amassed a trove of 20th-century French and American couture and ready-to-wear, such as handmade dresses from Cristóbal Balenciaga and one-of-a-kind Fortuny gowns. She has grown and kept this impressive collection of fashion history in Detroit, where her father worked at Russeks, a department store. Growing up, she often received dresses as gifts from some of her fathers best clients, most of which she never wore, but kept in an ever-expanding personal museum of fashion’s finest.

It may come as a surprise that an artform that has had such an enduring impact on women’s fashion was originally performed almost exclusively by male aristocrats. It was only as ballet became popularised throughout the 18th and early 19th Centuries that it came to be dominated by women. Ballet’s transformation into a revered art form beloved of fashion designers began with the arrival of Sergei Diaghilev’s Ballets Russes in 1909, which aesthetic proved hugely influential to a generation of pre-war designers, including Paul Poiret. By the mid-1920s, Jeanne Lanvin was creating romantic full-skirted dresses and Madeleine Vionnet took on board the influence of the ballet, going so far as to title a dress from her autumn/ winter 1924/25 collection ‘Ballerina’. But it was not until the early 1930s that couturiers allowed themselves to be influenced by the newly respectable art form.

Ballerina: Fashion’s Modern Muse presents objects that reflect these influences. Dating mainly from the 1930s to the early 1980s, the approximately 90 objects were selected from MFIT’s permanent collection and from British institutions such as the Victoria&Albert Museum, the Museum of London, and the Fashion Museum Bath. Among the glamorous array of evening gowns in the exhibition are works by couturiers such as Gabrielle Chanel, Christian Dior, Pierre Balmain, and Charles James. They are interspersed with a selection of tutus worn by ballerinas such as Anna Pavlova and Margot Fonteyn, as well as innovative costumes designed by Christian Bérard for the Ballets Russes de Monte Carlo, Barbara Karinska for the New York City Ballet, and Geoffrey Holder for the Dance Theatre of Harlem. – The Museum at the Fashion Institute of Technology (MFIT) New York, NY – February 11 – April 18, 2020