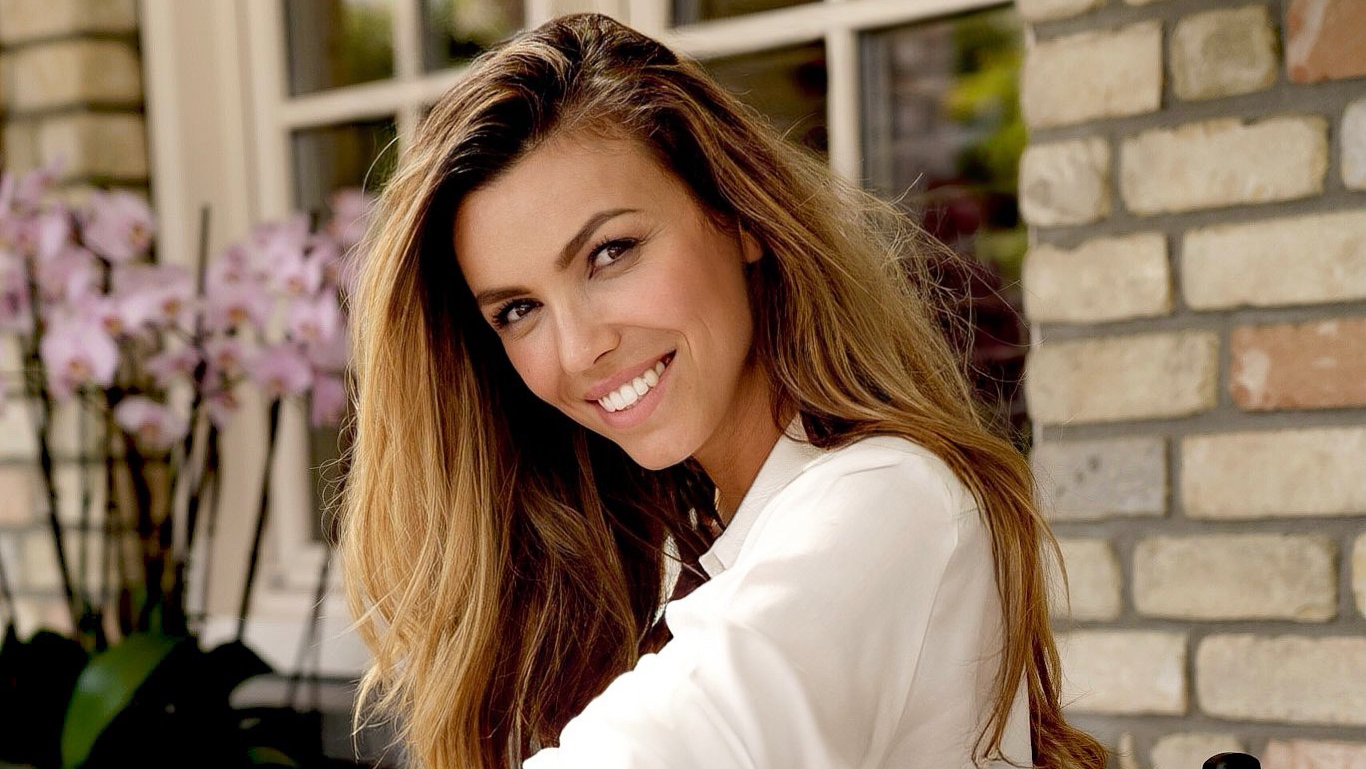 She is the woman behind the brand that took over the internet by storm after being picked up by the world’s most influential women – such as Christine Quinn and Rose Betram, to name a few. But though her appearance says ‘globetrotter’, Lena Cobelens, founder of lifestyle brand Le Olive, kept both feet firmly on the ground and is enjoying a peaceful life with her husband and two daughters in Amsterdam.

“My parents did everything they could to give us the best childhood possible; good standards and values and a chance for a better life.”

Starting a small online shop from her home, Lena never imagined her business, Le Olive would become as big as it is. Today, three years after launching the brand, she has 20 staff members and sales that exceeded all expectations. Lena grew up in a small town in Brabant, the Netherlands. There are not many people that move out of Uden – they prefer to stay there – but the ones that do seem to be making a great name for themselves. Nikki de Jager, who became massively influential with her beauty-vlog, NikkiTutorials – and most recently hosted the 2021 Song festival in Rotterdam – is born and bred in this same picturesque town. I’m starting to think it must be something in the water over there, as it nurtured two women towards becoming world renown business leaders from the same generation. 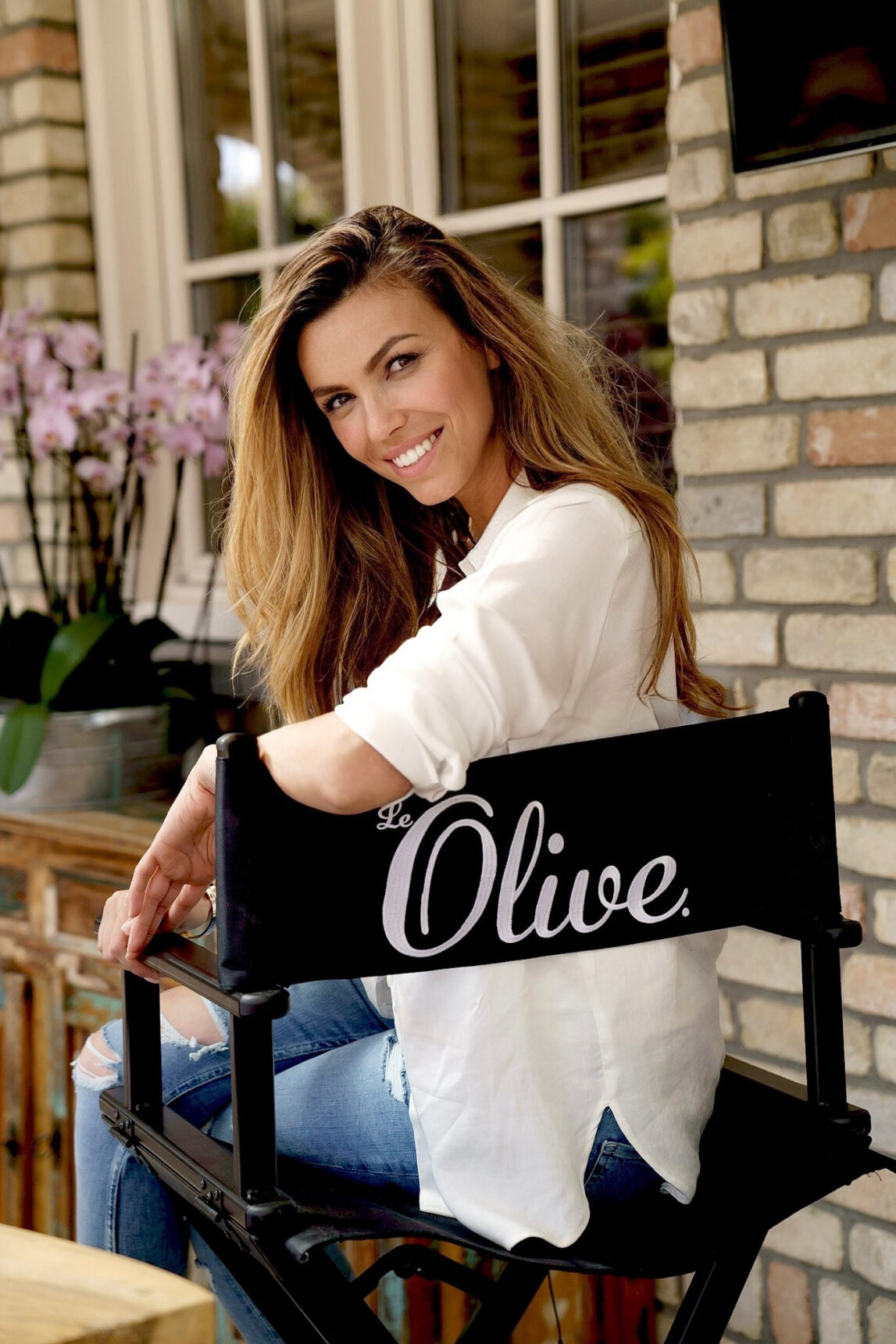 As a self-made entrepreneur, Lena is no stranger to building a business; she’d been running her own hostesses company for years. Which is also where she and her husband first laid eyes on each other. “It definitely wasn’t love at first sight” Lena laughs. “We met during an event that my hostesses were working – including myself. He came up to me and started a conversation, but I just wasn’t that interested – event though I was single at the time. I tried to set him up with one of my single girlfriends. Lucky for me that never worked out and we became friends. From that friendship, because we knew each other so well, we eventually fell in love and never left each other’s side since.”

Though it wasn’t something she had been planning on for years in advance, Lena always knew she wanted to become a mother at some point in her life. The fact that this happened well before she turned thirty – which for a lot of women now a days is when the ticking time-bomb seems to be increasing its speed rapidly – wasn’t more than a coincidence. “I really felt that we were just ready for it” she says. “We had been together for about five years and we both knew we wanted to spend the rest of our lives together. Though we already had an amazing life with just the two of us, starting a family felt like a next step both of us were ready for.“

Lena decided to take a step back when she fell pregnant. As it turns out, staying at home knitting sweaters wasn’t in her DNA. As most women who have ever gone through pregnancy know, those last few months, all you’re trying to achieve is being as comfortable as you possibly can. Inspired by the renown Victoria’s Secret lingerie shows, she was looking for a personalised kimono where she could get ‘Mommy to be’ embroidered on the back. Surprised to find this wasn’t available, at least not for “regular” people – celebrities aside, she took matter into own hands. “I thought to myself: why just for them and not the rest of the world?” she says. Slightly annoyed but also determined to get what she desired, Lena ordered a plain kimono and decided to sew her the slogan on it herself. This led her to starting Le Olive, which has now grown into a world-famous must-have brand for personalised sleep and loungewear. Because the idea arose during her pregnancy, the company is named after her first-born daughter, Olivia. “I’ve always been into fashion and beauty, so it didn’t completely come out of nowhere. But starting my own fashion brand wasn’t something I have been thinking about ever since I was a little girl.” she states.

“The best thing about motherhood is that it brings so much joy. You literally do anything for your child, even getting up at 4:30 in the morning.”

As a mother and female entrepreneur, Lena is extremely proud to see how equality for women in business is on the rise, but does regret that the term ‘power woman’ is often only given when someone has reached a certain milestone in their career. “My mother, for example, does not have her own company or some other ‘cool job’, but she is one of the most powerful women I know.” she exclaims. Lena was born in Kosovo – a country in the Balkans region of Europe. Her parents moved the family to the Netherlands when she was two years old. “My parents did everything they could to give us the best childhood possible; good standards and values and a chance for a better life. In addition, my mother has always worked incredibly hard to support our family. In my opinion, success isn’t always about how much money you have, the clothes you wear, where you live or what car you drive. Success is determined by how happy you are in life and with the people who surround you” she says.

Now, Lena has started a family of her own, with a loving husband and two beautiful daughters. “I know it sounds cliché, but the love you have for your children is like no other” she smiles. “Also, when I watch my husband playing with the kids it makes my heart melt. He is such a good father and I can see that in the reaction of my eldest daughter – she really is daddy’s little girl – and the bond they have together. At those moments, a different kind of love fills my heart, which is difficult to describe but truly the most beautiful thing you can imagine.” 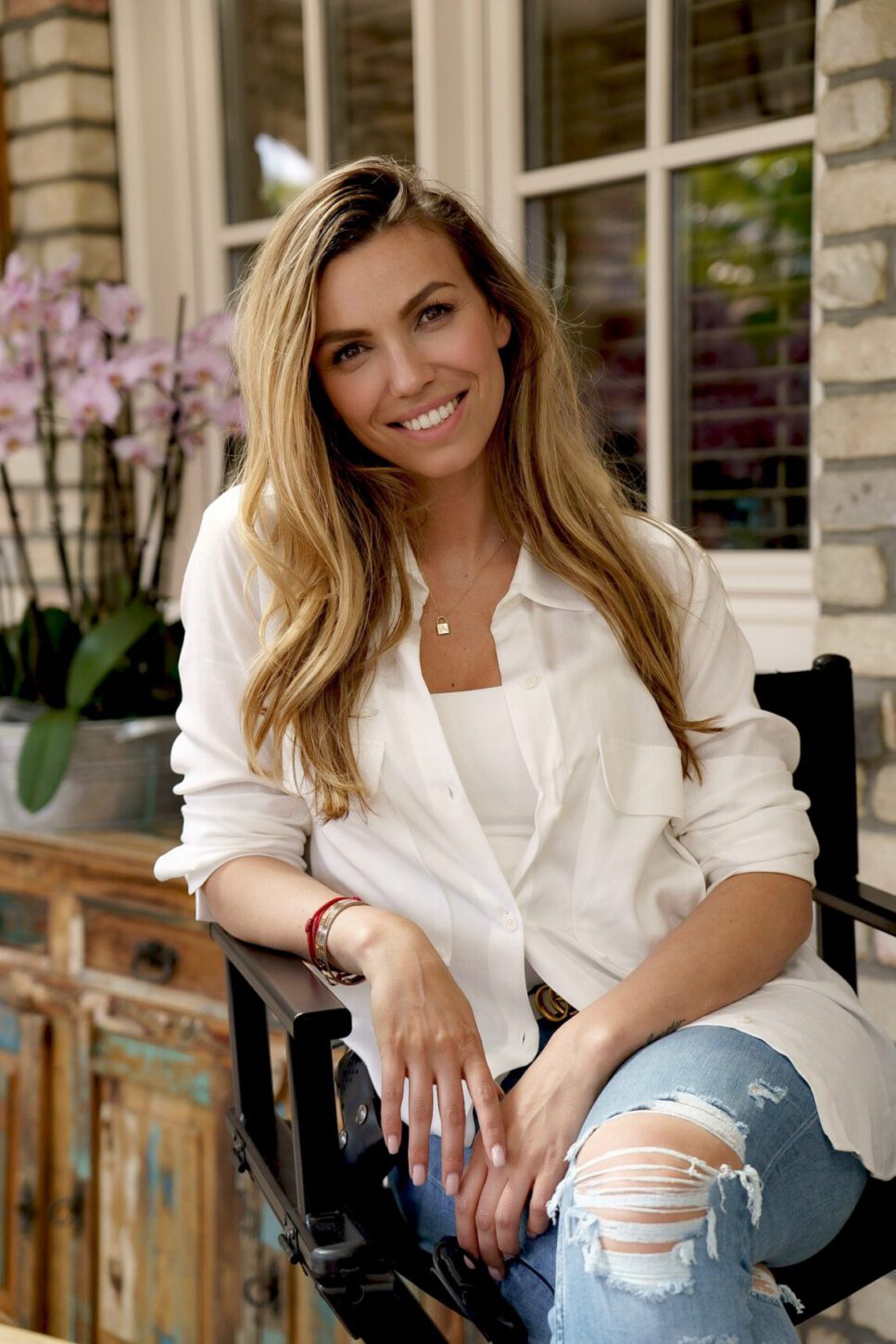 When it comes to motherhood, I believe most first-time moms struggle to find the perfect balance between work and being a parent. However, with the help of her family, Lena was able to start a company during her last months of pregnancy and turned it into an empire while nursing a newborn. Though I can only imagine what it is like to give birth, this woman truly earned my respect. “The best thing about motherhood is that it brings so much joy. You literally do anything for your child, even getting up at 4:30 in the morning.” Lena laughs. “Especially now that Olivia is three and she has started talking and developing her own sense of style – she’s quite a tough girl – it brings a lot of joy to us as a family and our relatives. We’ve always been very close as a family, but that bond has now become even stronger. Everyone loves the kids and it is extremely important and valuable to me that our parents and siblings have the opportunity to build a relationship with them as well.”

She’s been lucky enough to always have had the full support of her family. Having two brothers and a sister, they’ve always been each other’s best friends. “I have the same relationship with my in-laws as well. We don’t just come together because we are family and it feels like we have to like each other; we really enjoy each other’s company. We often come together, sit around the table and have evening-long diners. I also feel this is very important to pass on to my own children as well” she explains.

Though both her husband and herself have an extremely busy work life, the couple loves to travel – which is something they miss most during this never-ending Pandemic – and make it a priority to learn more about different cultures. “I’m definitely not the type of person who wants to lay on the same sunbed for a whole week.” Lena exclaims. “We both enjoy being active during our time off, for example we love to go diving – which we did in the Philippines – or take day-long hikes and be close to nature. Our last holiday together was a cycling holiday in Austria. Now, with the children, it is a bit less active than when it was just the two of us. As soon as we’re allowed to travel again, the first holiday I want to book is a family vacation to Ibiza. There, the children can play in the pool and we can all enjoy the beautiful surroundings and the sun.”

At the age of 30, Lena is exactly where she wants to be in life: Two beautiful children, a thriving business and an amazing husband. Lena: “I am so grateful for what life has given me already. However, that doesn’t mean I don’t have anything left to dream about, I still have a lot of new exciting things planned for the future and to continue to grow and expand Le Olive. In addition, I want to see a lot more of the world and spend time with my family. To me, those moments are truly priceless.”