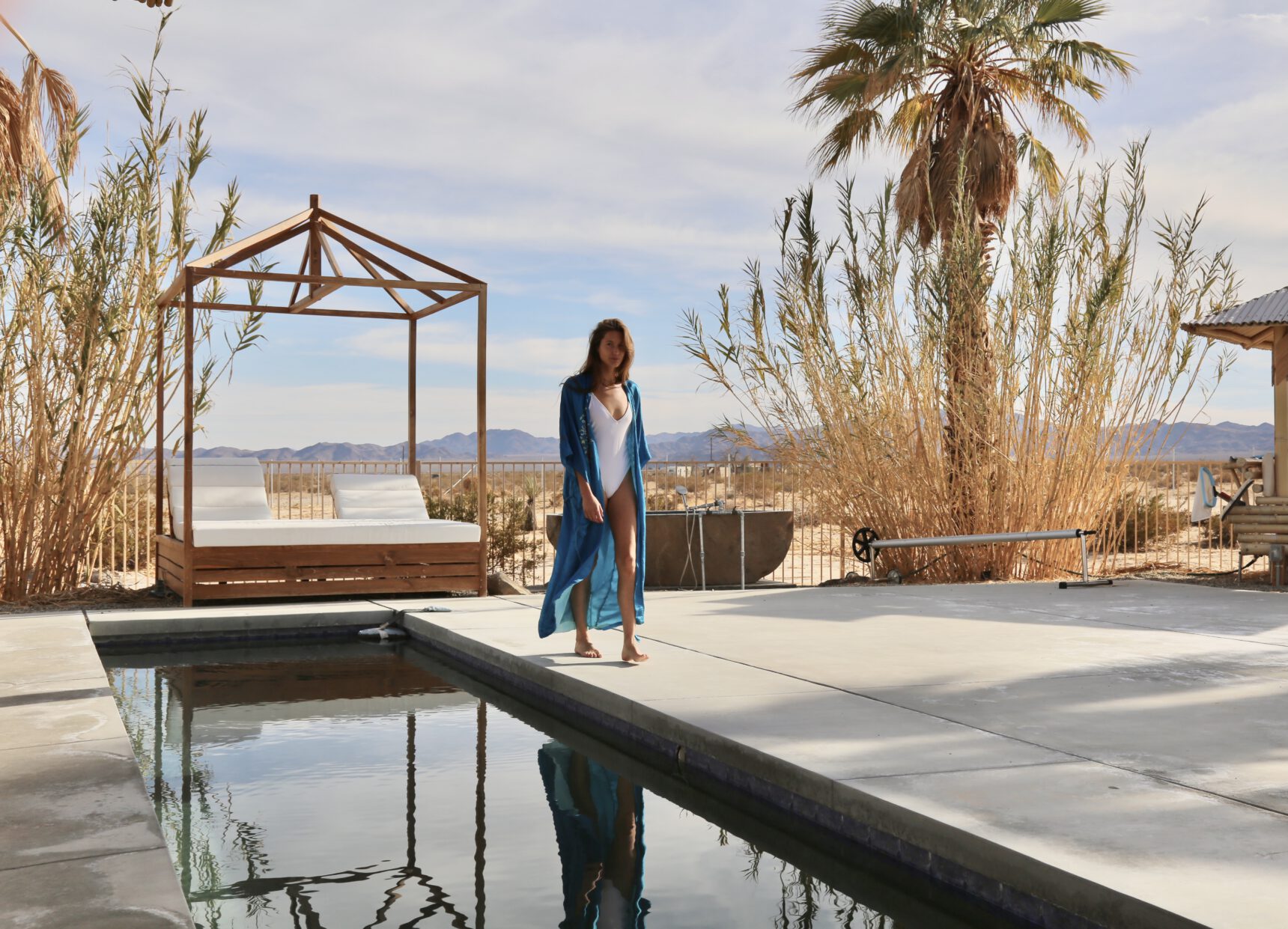 Imagine yourself in the middle of the desert. Looking over large stretches of sand, feeling the warmth of the sun on your skin, closing your eyes while the silk water of your own personal hot spring is surrounding your body. After going through extraordinary lengths, Dutch entrepreneur Sivan Breemhaar clawed her way back up and is finally living her dream in the Californian desert, together with her husband Doug. From there, she is running her own sustainable fashion brand, Afriek, which was originally founded in Amsterdam.

It’s early morning in Joshua Tree when Sivan answers my phone call for this interview. The Californian desert is known for its fierce heat and she’s about to jump in one of the hot springs outside her house. I can hear the sound of water flowing in the background. Though it’s hard to not be envious, I know this life didn’t come to her easy. I very well remember the first time I met Sivan in the summer of 2014, and she had just started out as a fashion entrepreneur. Together with her then business partner Kars Gerrits, she built a brand based on their unique ways in which they view the world. Sivan’s idea to work together with people in Africa based on equality, instead of trying to westernize them, resulted in her initiating Afriek; a brand which she co-founded in 2013. The goal with the brand was to introduce fair trade Made-in-Africa fashion that would change our views on African culture. Aesthetically beautiful and high quality; something that she had never done before. 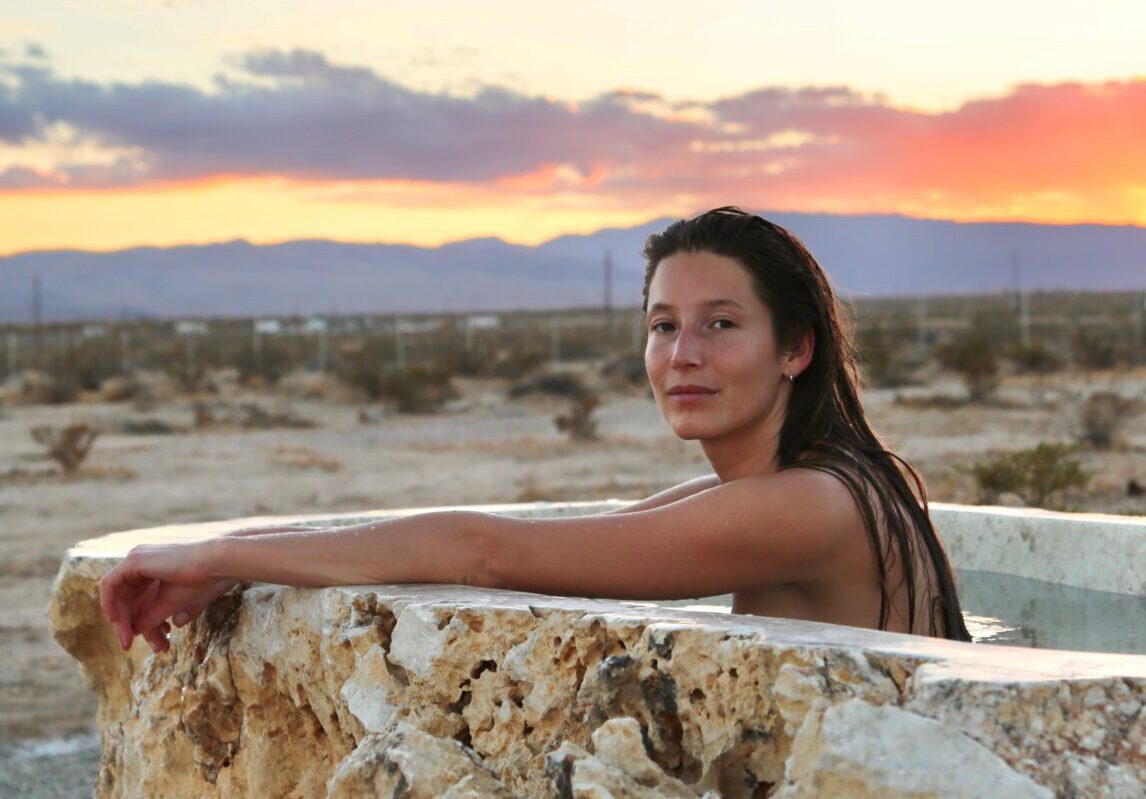 Sivan studied Political History and International Relations and wrote her bachelor thesis about how, for the past 100 years, the Western world has been telling African communities that they cannot do anything for themselves and they need us to tell them how to live their lives. This resulted in colonization and democratization, and eventually in civil wars. “Throughout history we’d tell “them” that they needed to change their ways” Sivan explains. “Which is extremely arrogant when you think about it.”

Since she herself had never been to Africa at the time, she decided to explore Rwanda for her Master’s research in 2011. Sivan: “Once I arrived in Kigali, I realized that it was so ignorant that I,  as a 22-year-old white girl, come to Rwanda to start digging into the trauma of these people’s lives: It’s such an arrogant notion that we are encouraged by universities to tell African people that they have to do things differently?”

During her time there, she met Kars – who was doing an internship at the African Embassy and stayed at the same hostel. Upon arrival back in Amsterdam, Sivan and Kars took the plunge and decided to start the fashion label Afriek together. Instead of telling people what to do, Sivan decided she wanted to build more bridges, connections based on equality. Fashion would be the tool to do that. 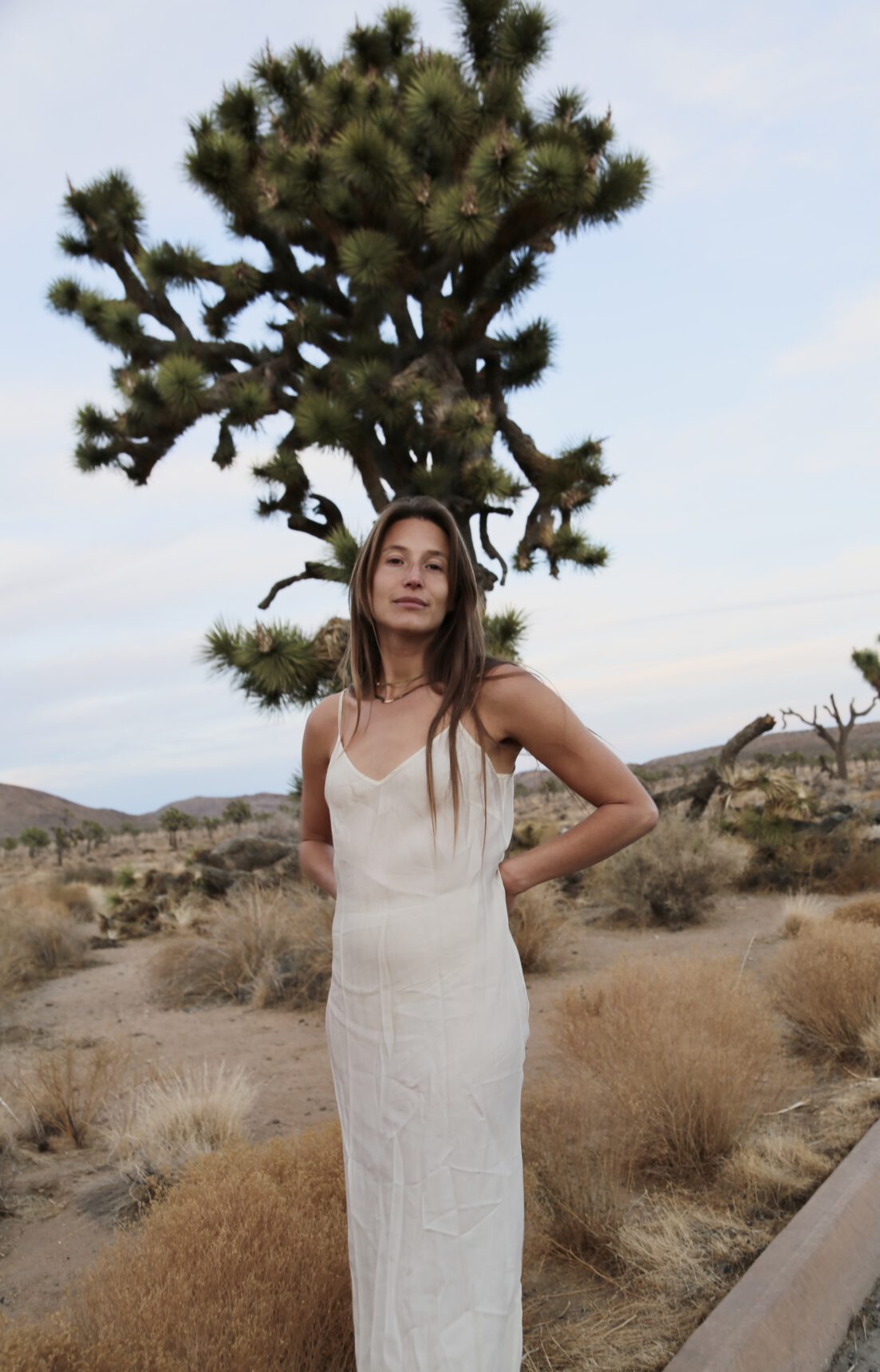 Their first collection of Africa inspired blazers was launched in 2013, and their dream had become reality. After 5 years of slowly building up the company into a successful brand, Kars and Sivan were crushed by a major setback that neither of them had foreseen. Inspired by the local culture they sourced their fabrics from local markets. With little information on how it was produced or where it came from, it turned out that the prints were copies of those from a large fashion brand called Vlisco. The company sued them for hundreds of thousands of dollars, and their entire collection became unmerchantable. With bankruptcy hanging above their heads so early on in the process, Kars decided to quit in defeat. Sivan however, was dead set on fighting for what she believed in. After coming to a settlement with Vlisco in which they agreed to drop the claim, she was left empty handed. In addition, she was called out by various people in the industry communities for cultural appropriation.

Struggling to meet ends the following months and her relationship hanging by a thread due to her unparalleled drive to keep on going, she took a leap of faith. With the small amount of money she had left on her bank account, Sivan bought a ticket to the US to find spiritual relief. Not knowing then, this would change her life for good.

“It was very intuitive, everyone thought I was crazy, but something in me was telling me that I had to go.” Sivan explains. “I first spent two weeks in New York with a friend, after which I flew on to LA. It was the weekend of Thanksgiving and I hadn’t arranged a place to sleep. A friend told me about a guy she knew named Doug, who lived in the desert and that I should give him a call. He recommended me to visit the “Goddess temple” in LA. Since I had already landed on a spiritual path anyway, I took his advice.”

Ever since she and Doug first locked eyes, the two have been inseparable. “I could have never had imagined back then that this trip would become such a life changing experience”, Sivan states. “I’ve always believed in the power of female intuition and things being ‘meant to be’. And my intuition had not let me down. It has been a spiritual journey where, in addition to building a strong company, I also learned how to take care of myself. Doug has played a very important role in both my personal and my professional life. He is a seasoned entrepreneur himself and taught me a lot about entrepreneurship.” 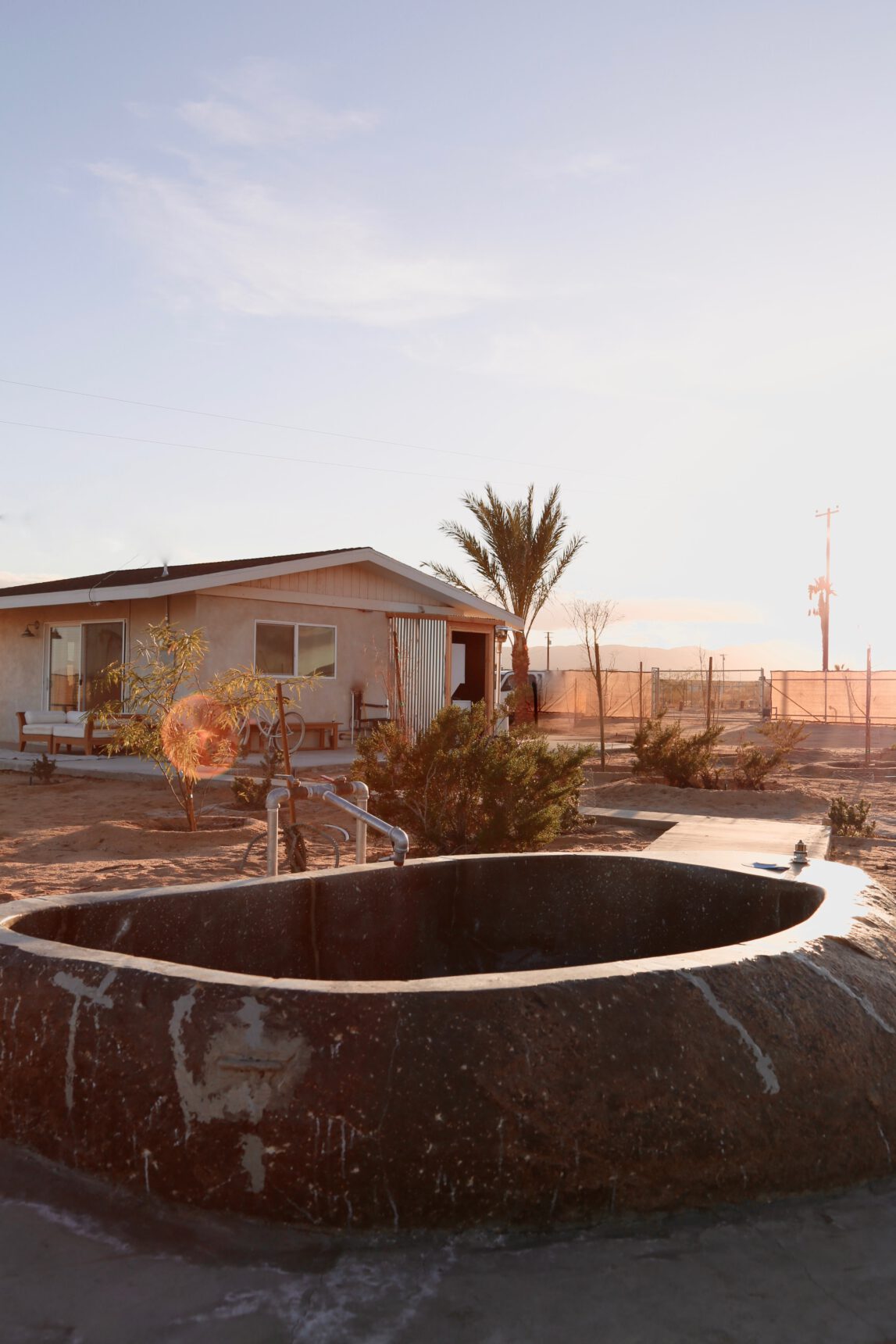 Head over heels in love, Sivan slowly started to rebuild her life. Right before our worlds got turned upside down by the Pandemic, she was often in Rwanda for the production of her first organic cotton line and managed to see Doug every month, somewhere in the world. The plan was to fly to New York in April for the launch of Doug’s book. But everything changed when the Corona virus took over Europe and borders across the world were about to close at the beginning of March. Sivan: “Doug called and I knew that it was now or never. So, I got on the very last flight to California, and the rest is history.”

The couple got married five months later. It was never their plan to get married so soon, but isn’t it always the most unexpected circumstances that make life worth living? Sivan: “When the borders closed, I knew I wouldn’t be able to see him again so, for me, getting on that plane was an easy choice to make. Before Covid, I remember telling Doug that I really wanted to live in a big city such as Los Angeles, San Francisco or New York City. I never thought I would end up in the desert, and certainly did not expect to feel so at home here. We really are in the middle of nowhere, but it is such a peaceful environment: surrounded by an immense piece of land with a pool and hot springs right outside our doorstep. Yes, I do miss my family and friends, but on the other hand with COVID, that uncertainty and people fighting over toilet paper back home: I couldn’t be happier to be here.”

Sivan has experienced first hand that being an entrepreneur means learning through trial and error. And in an ever-evolving commercial and social landscape, it is key for every fashion entrepreneur to remain true to their core conceptual ideas. Luckily, she was able to resurrect the brand and lead it into a new direction. Her main goal is to collaborate with local entrepreneurs in a way in which she recognizes that we are not the same, but we are equally valuable. Today, in collaboration with local artists and creatives, Sivan develops her own patterns and designs for the clothing.

Afriek has grown into a transnational collective, that showcases the beauty and power of cultural exchanges, aiming to contribute to a more equal world. Based on that belief, Sivan and her team, with people from all over the world, created a T-shirt with the slogan “our difference is our power” printed on the front – which became part of her collection. The brand is known for the use of bright colors and patterns, that contributes to making the designs and pieces stand out in the most amazing way. These designs and patterns breathe the colorful and energetic continent that is Africa, with every single piece carefully crafted and their entire supply chain sustainably sourced and locally produced. 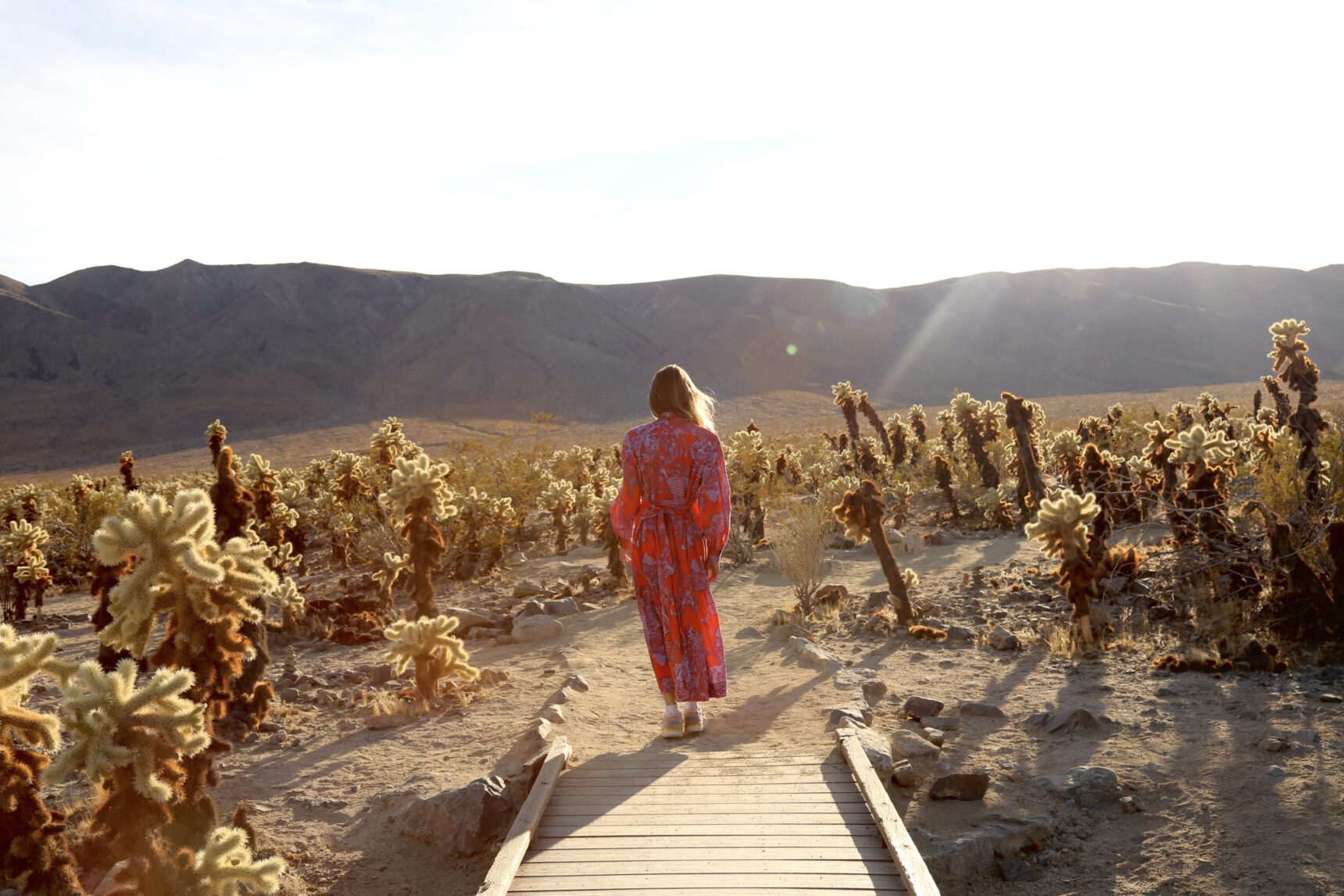 With her exceptional drive to make the world a better place, Sivan felt she needed to do more with the knowledge she gained through her own experiences, trial and error. With that in mind, she started a coaching business, creating tailor-made solutions for like minded entrepreneurs. In addition, she and Doug are extremely happy, and excited to build their fairytale life together, maintaining their own vegetable garden under the Californian sun on the crossroad of the Mojave and the Colorado deserts (and running an air bnb).