Hair & makeup artist Ellen Romeijn is a well-respected lady in her field of expertise. The world’s biggest fashion shows, including those by Yves Saint Laurent and Chanel, are a regular item on her to-do list. Twice a year, she flies from Amsterdam to NYC, London, Milan and Paris, to assist few of the leading artists in hair and beauty on creating impeccable hair looks. I her spare time, she also manages to shoot editorials for international titles, such as Harper’s Bazaar, ELLE and Vogue. Fresh from a plane back from Paris we sat down in her lovely home in Amsterdam, where Ellen shares exclusieve details on what it’s really like backstage with models like Gigi Hadid and Kendall Jenner. And, what she loves most about her job.

“Those are the moments you think; after all these years of proving myself, what am I doing here?” 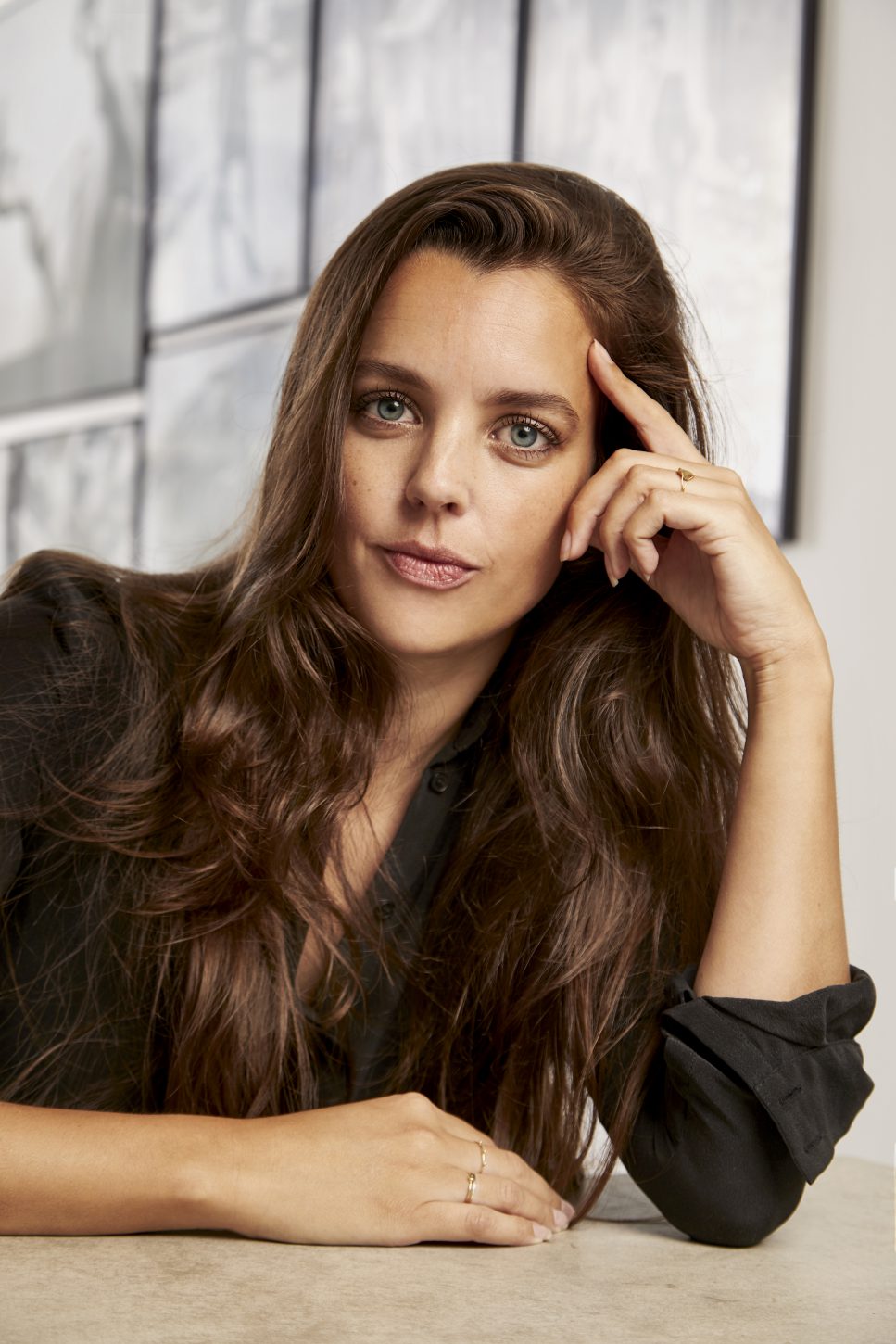 You are known as one of the most sought-after hair&makeup artists in Amsterdam. How did it all started for you?

I have been working full time as a hair and makeup artist for the last 12 years now. When I just started out, I had to invest a lot, doing a crazy amount of free work. I have also assisted an incredible amount of time in my life. After working for many publications in the Netherlands, later on, I also started working for international clients, including for the past five years, as a hairstylist during fashion weeks in New York, London, Milan and Paris.

What are your favourite shows during fashion month?

Chanel is always one of my favourites, every season the entire setting, the catwalk, the backstage area…everything is absolutely breath-taking. Besides that, the Yves Saint Laurent show is also always one to remember. Their location last year was gorgeous, with the Eifel tower in the background and the models strutting down the runway as if they were walking on water. It was such a big spectacle. Those are really the moments that will stay with you for a lifetime.

What do you think is the power of hair & makeup when presenting a collection?

To me, it’s finding unity and balance, in all the factors that come together on such a day. Hair and makeup must be on-point, but should never overrule. It has to compliment the entire collection and the overall picture. That is the most important thing.

So, can you tell us a bit more about what happens backstage before a show starts?

For me, it all started 5 years ago, as I was literally assisting the hair team backstage. I was not allowed to touch the hair and only hand over pins and cans of hair spray. Those are the moments you think; after all these years of proving myself, what am I doing here? But, if you want to make it to the top, you have to start at the very bottom. I didn’t mind it that much though; I knew that that is the way it works. Of course, I would be a little disappointed afterwards, because you want to be able to create beautiful hair, and not just stand on the side. Fortunately, that is no longer the case and I have now been part of the actual hair team for quite a while.

During fashion month, I’m part of different hair teams, but most of the time I work within the team of Sam McKnight. I’ve also worked with Duffy and Anthony Turner, but mainly with Sam. You arrive hours before the show starts, so the look can be explained to the team step by step. Once the models arrive, you work with two or three people per model. Funny thing, nowadays, I have my own assistant standing next to me who hands me the hair clips and hairspray.

“Occasionally, you see models like Gigi Hadid or Kendall Jenner with a bodyguard standing next to them.”

These shows are walked by not the least kind of models. How do they behave backstage?

Occasionally you have a Gigi Hadid or Kendal Jenner with a bodyguard standing next to them while you are doing their hair. Nevertheless, I only have good experiences with models backstage. You notice as the end approaches that everyone is getting tired. Especially the models, they sleep little, get pain in their head, pain in their hair, and you notice that everyone has a slightly shorter wick. In New York City, everyone is still feeling fresh and fruity, but by the time we arrive in Paris, tiredness strikes. We all feel the same way, it is really a very hectic month. So we all understand that everyone is a bit more on edge.

So, what about the designers?

You see a lot of stress; the pressure is on. Both for the designers and the lead artists. I have experienced enough times where you had to walk on your toes. Sometimes you got in a situation, especially in the beginning where you were not allowed to touch the hair, but if you were doing nothing, you would also be sent away. Being cursed at, having to deal with degrading and un-acceptable behaviour within the fashion industry, unfortunately does happen quite often.

Which beauty trends have you seen this season?

I mainly saw a lot of natural looks, with the exception of designers such as Comme des Garcons, of course. What was striking was that at the shows from Vivienne Westwood and Thome Brown, medieval influences were reflected in the looks. At Westwood for example, they used large rollers on the side of the model’s head, right above the ear. At Thome Brown the models had high towers of hair built on their heads. Really, everyone has their own style and that’s the beauty of it.

In addition to shows, you regularly work on editorial shoots for various magazines. What did you think when you first saw your name in an international title?

Amazing, I saved them all! Some of them are still sealed. In my early years, I would buy a few extra copies if I had done a nice cover. For example, I remember I bought ten copies of my very first publication, so I could give them to my close friends and family as well.

What was the most memorable shoot so far?

I found my very first ELLE-cover to be very memorable. At that time, I was very young and had only just started out a few years before. Then all of the sudden, I was asked to do hair and makeup for the cover of the Dutch ELLE. I remember photographer Wendelien Daan actually shooting that cover. But to be honest, a beautiful location and a nice team of people – even if it is for a less special publication – I often find more important than necessarily shooting for a big name. It is very important that, as a team, you have a good vibe.

Which artist is your biggest example?

For me, Sam McKnight always remains a great example. Even now that I work with him on a regular base. I find it very special that I am part of his hair team, season after season. In the beginning, I mainly saw him as an example because we have the same style. Now that I work with him, he is no longer just an example for his creativity, but mostly for who he is as a person. He has remained very normal, no matter how big he became. He is an incredibly kind, social and sweet person and that is what I admire most about him, is that he didn’t became arrogant. Especially since we have seen many others who did.