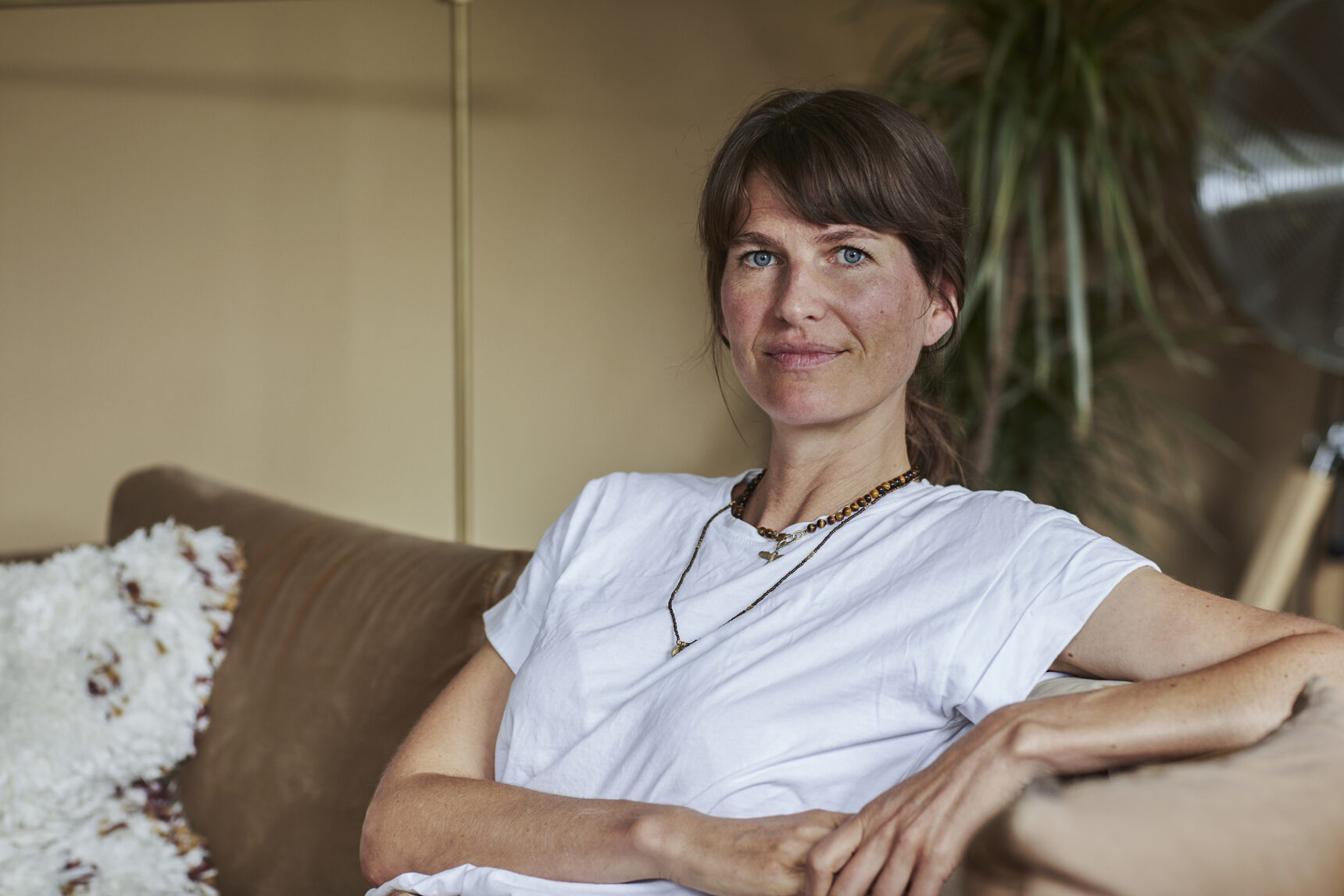 She is the founder of the brand that became known for the slogan: Chemicals are not for pussy’s! Mariah Mansvelt Beck, Founder of Yoni, has put her heart and soul into establishing her business over the past seven years. In addition, she wrote a book about the female genitalia, and made a podcast series called; The Pussy-cast. At the end of last year, she took a step back and relinquished the day-to-day management of the company, which she originally co-founded with her friend Wendelien, who left the company last year. In this exclusive interview, we discuss everything vagina, sexual health and education, and the rise of the female leader.

“I think that within our education system, sex and sexual health is being discussed too little and far too late. Also, it focusses mainly on the negatives” 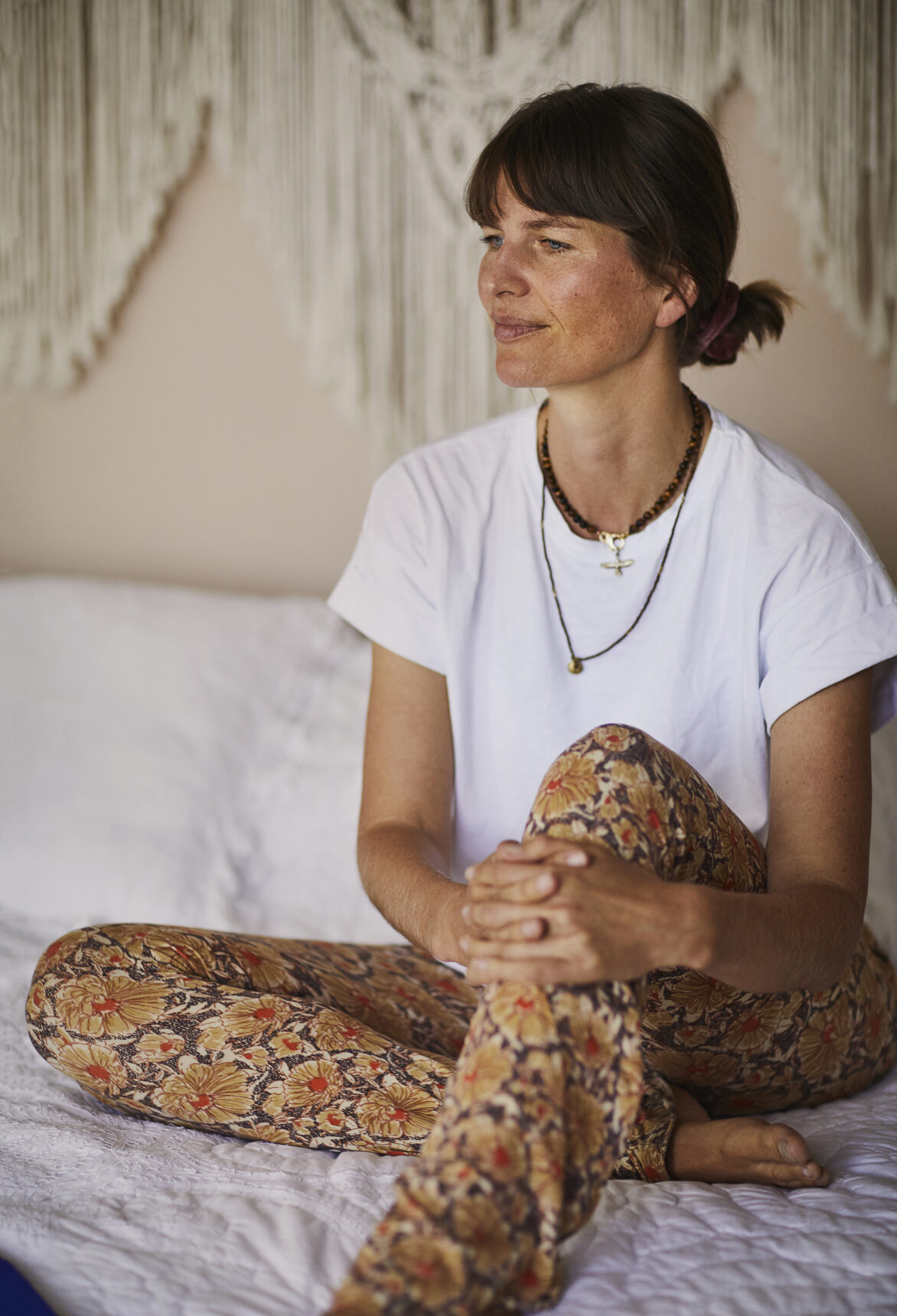 Yoni is all about female empowerment. Tell us more!

Well, to be honest, as a little girl I never had the dream of one day starting a tampon business, haha, but it happened. My business partner, Wendelien, and I found it very strange that there were no ingredients listed on the packaging of regular tampons and sanitary towels, especially given the fact that for every other care or beauty product it is mandatory that the package lists exactly what ingredients are used. So why not for your most intimate products? As it turns out, these products fall within the ambit of general product regulation, which means that it is not mandatory to list what it’s made of.

Most people have probably never thought about this, but if you take a closer look at a tampon from a regular drugstore you can already see that it has a tiny layer of plastic on top. In addition, we all know it contains perfume. We felt that every woman should be aware of this and know that there are alternatives that guarantee to be 100% organic, without unnecessary and unhealthy additives. At first, we mainly wanted to share our knowledge, eventually Yoni emerged from this.

Similar products were already available in special eco-shops, but when I was at the airport, or stayed outside the big cities, this wasn’t available. We felt that as a woman you shouldn’t have to make a detour for these types of care products. This option should simply be widely available. I’m happy to say we succeeded.

With our communication we aim to share our knowledge about the female body and feminine hygiene so that women can be proactive about their health. For example, 20% of girls in the Netherlands have never learned anything about the menstrual cycle when they first get their periods. I’ve even heard stories about girls who hide it for a full year, because they’re too ashamed to share this with their parents. This is fuelled by the centuries-long taboo surrounding menstruation. In many cultures, (young) woman are already 1-0 behind compared to their male peers, due to the lack of knowledge. But also here in Europe, menstruation is still seen as “dirty”.  The industry has responded to this, creating commercial value with wipes and perfume and soaps. They’re basically saying: Menstruation is a “problem” and we have the “solution.”

Our Instagram feed is all about education and inspiration. Yes, our account has been blocked by Instagram once, because they thought our content was validating the rules, which is insane. I don’t even remember why exactly, because I personally don’t take any offense at what we show here, and neither should others. In fact, I think it’s one of the most creative parts of our business.

Last year, you launched a podcast series called: The Pussy-Cast, covering all subjects from period blunders to orgasms.

Our mission with Yoni is to inform every woman about the vulva and vagina; to break that taboo. In the Pussy-Cast we open the conversation, simply by talking about it and making these topics discussable. Menstruation is still profiled as something shameful in this society and fortunately these past years we have seen an emerging trend in which periods are being discussed more openly which of course makes a huge contribution to the “normalization” of this topic.

Last year you wrote the book: V – from vulva to vagina (translated from the Dutch title: V – van vulva tot vagina). What encouraged you to write this?

I wrote this book in collaboration with six other women to end the culture of shame and insecurities around the female body. For example, I think that within our education system, sex and sexual health is being discussed too little and far too late. Also, it focusses mainly on the negatives such as: “Be careful not to get pregnant!” and, “Watch out for STDs!”. There is no mention at all about the pleasure that comes with having sex and the fact that this is also very important, especially for women. In addition, valuable information such as the fact that a female clitoris is not just a dot (although it is often still depicted that way) but that it has a whole organ attached to it that reaches all the way inside the vagina, is being left out.

Of course, there is a lot of information available on the internet, however, the great thing about a book is that you can easily just leave it on the table, without risking your teenage daughter being utterly embarrassed. Many teens find it an uncomfortable topic to discuss with their parents or to ask questions about. I heard from a number of people, who have teenage daughters, that when they had left the book on the coffee table it would suddenly disappear, and be back in place a few hours later.

“The importance of female voices in politics are still highly underestimated, though it’s necessary to ensure that more inclusive policies are being formed.”

Fun fact: In many European countries, menstrual hygiene products are still sold as “luxury products” with a high VAT margin. What is your opinion about this?

It’s been a widely discussed issue and luckily, we’ve seen positive change in recent years. England, for example, recently passed a law that make tampons and sanitary napkins available for free in schools. This is so important, not only because young girls are often ashamed about being on their period, but also because for some people it is an extra expense, which may not always fit their budget.

The United States seems to be getting a female Vice President for the first time in history. What impact do you think this will have on the world in terms of equal rights?

As a young woman, to be able to have a female role model in such a position is a huge step in the right direction and hopefully, this will pave the way for future female leaders. The importance of female voices in politics are still highly underestimated, though it’s necessary to ensure that more inclusive policies are being formed. For example, I think the reason that there are no laws about how female hygiene products are being made, is because there are mainly men in charge who don’t think that such things are important. However, 50% of the world’s population is affected by it. Besides, it already has been proven that the more diverse the group of people at the table, the more creative the ideas and solutions.

At the beginning of this year, you took the plunge and relinquished the leadership of Yoni. How difficult was this decision?

After working fulltime on establishing the brand over the past years, I was honestly just really tired. I know where my strengths are and right now it is important that certain structures are being implemented. And I am completely fine with the fact that someone else is a better fit to do that job. I am still involved in new product developments and general strategy, but I am no longer involved in the daily routine. To be honest, I’m glad that this change had already been implemented before the Corona outbreak. I am glad I took this step, because it gave me time to recover. I now have more time for myself and for my daughter, and that was very much needed.

For more information about the brand visit www.yoni.care.