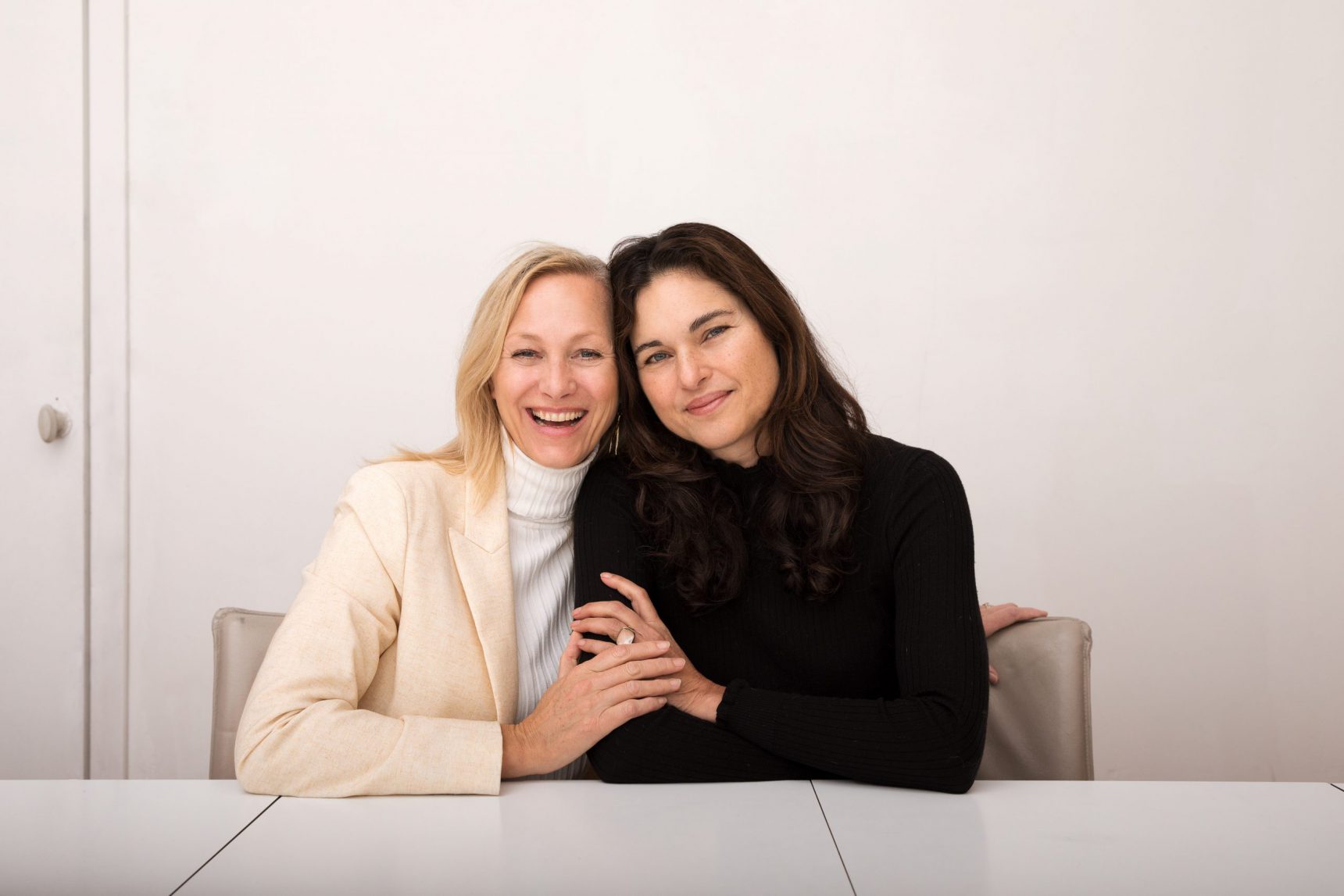 It’s no secret that the world of modeling isn’t always just glitter and glamour. And who better to ask than former 90’s models and co-founders of model management MoXie Models, Xandra van Rooijen and Marielle Macville. After a glorious career of walking shows for Versace and Dolce&Gabanna and shooting editorials for Vogue Paris among others, the two longtime friends joined forces to guide our Dutch pride towards the top of the industry. In this exclusive interview, these two boss-ladies share their memories with top models such as Naomie Campbell and Christy Turlington, and give an insight on what it actually takes to break through the multi-faceted and diverse fashion scene today.

“I’ve always felt so privileged to do this job. Even though it could be very difficult at times and we had to work very hard, there were so many great moments.”

In 2017 you founded MoXie Models together. How did the collaboration come about? 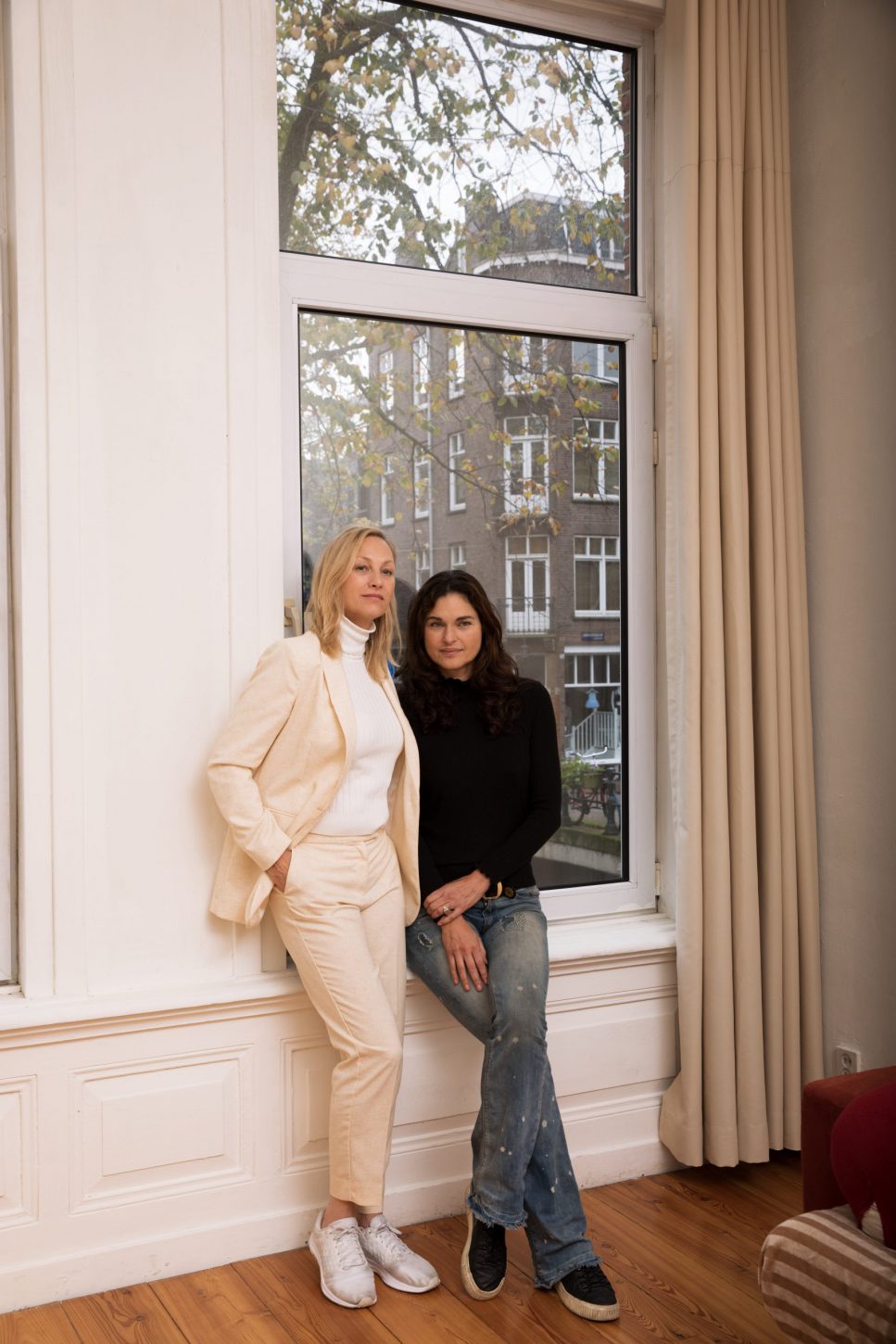 X: In 2011, I moved from Paris to Amsterdam. All the offices in Paris that I had worked with over the past 25 years said; “The Dutch girls are the best.” I asked if I could help them with scouting. Marielle, at the time, was in the process of moving back to the Netherlands as well, and told me that she would love to join forces. That is how MoXie Models was born.

You both started out as models in the 1990’s. How did you experience this?

X: We’ve known each other for 30 years now. Both of us were scouted on the street by an agent around the same time. We walked shows for designers such as Calvin Klein, Dolce&Gabanna, Karl Lagerfeld, to name a few, together with supermodels like Naomie Campbell, Christy Turlington and Linda Evangelista. I’ve always felt so privileged to do this job, even though it could be very difficult at times and we had to work very hard, there were so many great moments I wouldn’t want to have missed.

M: We went to the most beautiful locations. We had to get up early for the best light, but it was really fantastic. The moment I remember the most was a shoot with Bruce Weber for the French Vogue. A classic Bruce Weber shoot at a beautiful location upstate New York, close to the Canadian border at a lake with a canoe and a lot of handsome men.

X: My most memorable moment was the Azzedine Alaïa show. At the time, I was his fitting model for about a year, working in his atelier. It was truly fantastic; his sister was there, Naomie, Jasmine Le Bon, Christy and Linda came by for the fitting. We had breakfast with cheese sandwiches and coffee and ate couscous together; it was just like a family.

So, I guess we can put the stereotype gossip that models don’t eat to rest?

M: Certainly! Once, I even ate the entire budget of food during a shoot within two days. And we still had a whole week of shooting left.

X: Marielle could eat whatever she wanted without gaining a pound, but I always had to watch what I eat. For example, during my time as a model, I started eating less wheat, more vegetables and I also stayed away from red meat. And, of course, a lot of exercise; I loved swimming and running. So, yes, I did change to a much healthier lifestyle, but certainly have never stopped eating.

Why did you choose to represent only female models?

M: Women are our specialty; we have a lot more eye for scouting girls. There are a number of very good male model agencies in Amsterdam, who are very talented at scouting boys.

X: Sometimes we see a very good-looking boy walking in the Kalverstraat, but then it always turns out that he is already a model. We therefore consciously stick with our strength, which is scouting and guiding female models towards a successful modeling career.

M: Most of our effort goes into preparation, which starts a few months before fashion month kicks off. When the models arrive in London, Paris, New York or Milan, they are well supervised by the agency which they are represented by in that country. In September, we always join our models to Paris.

X: We watch backstage and sit down with our models for a cup of coffee or tea between shows. Besides, fashion week is also the time for us to meet stylists and photographers, and to discuss future plans for our girls with their foreign agencies.

“You always have those few mean girls that are trying to get in your way.”

What are the biggest differences if you compare the modeling industry with the 90s?

X: There are so much more players on the market, especially in the Netherlands. In the 90s, all communist countries were closed. When the Berlin wall fell, this changed and the first Russian models slowly came to Europe and the US. As a result, the market has become much larger. Another big difference is with the advent of the internet, it became much easier for agencies to communicate.

M: We hardly ever use Social Media for scouting. It is extremely difficult nowadays to look through all those filters and photoshop. In addition, I always want to personally meet the girls, because personality is just as important.

The modeling world is known as a tough world with fierce competition. True, or false?

X: There is enough work for everyone. For example, Marielle and I are very different; she is dark, I am blonde and we did not see that much of each other. There is a lot of collegiality and its lots of fun to do this job. However, you always have those few mean girls that are trying to get in your way. For example, if someone was in the running for a job that eventually went to a colleague.

M: But in all honesty, those girls would have been just as jealous in another profession. It’s just in their character. It is not as if things never get rough in the business world. For example, take a look at politics. It happens everywhere.

What do you think is the importance of female role models in the fashion industry?

M: I believe female designers are very important within the fashion industry. For example, Stella McCartney is someone I admire enormously. Not just for her collections, but also her vision for sustainability.

X: I think it’s fantastic to see more and more female photographers who are incredibly ambitious and very good, that get very far and become amazing role models.

We have seen a noticeable shift on the catwalk over the past few years, certainly in terms of body image and diversity. How do you think this trend will develop further in coming years?

M: A designer wants his clothes to fit a model’s body in a certain way. Therefore, I believe there will always be brands who have plus size models as part of their vision, and other designers who prefer tall, slender models to show their collections.

X: I think a number of plus size models will certainly be added. Of course there is also a difference between New York or Paris, but I expect that in the coming years, especially when we talk about the high fashion houses in Paris, most designers will probably continue to prefer the traditional tall, thin girls.

With the enormous growth of influencer marketing in recent years, we see more and more bloggers on magazine covers and even on the catwalk. What are your thoughts on this? Do you see them as competition? Do you think it will last?

X: In our time, the covers of magazine and perfume commercials were taken over by actresses, that was already happening in the 90s. Nowadays, we have influencers. Young girls are often attracted by a famous blogger that they follow, so from a commercial point of view, I do expect that this will continue to last for a while.

The modeling industry is the only one in the world that is known for women generally being paid more for the same work than their male colleagues. With regard to gender equality, which often focuses on equality for women in comparison to men, do you think this will change?

X: More and more products for men coming onto the market. In fact, there are now entire beauty lines especially created for men. In addition, men in general are becoming more and more conscious about how they look and what they wear. So, as the male market is growing, the pay between male and female models will slowly become more equal.

Which (new) Dutch models should we keep an eye on?

X&M: We have quite a few New Faces that are definitely worth keeping an eye on, our Britney and Manisha for example. Why? Because they are incredibly fun and gorgeous, and have a great personality. We can assure you these girls will be seen on the runway next season.