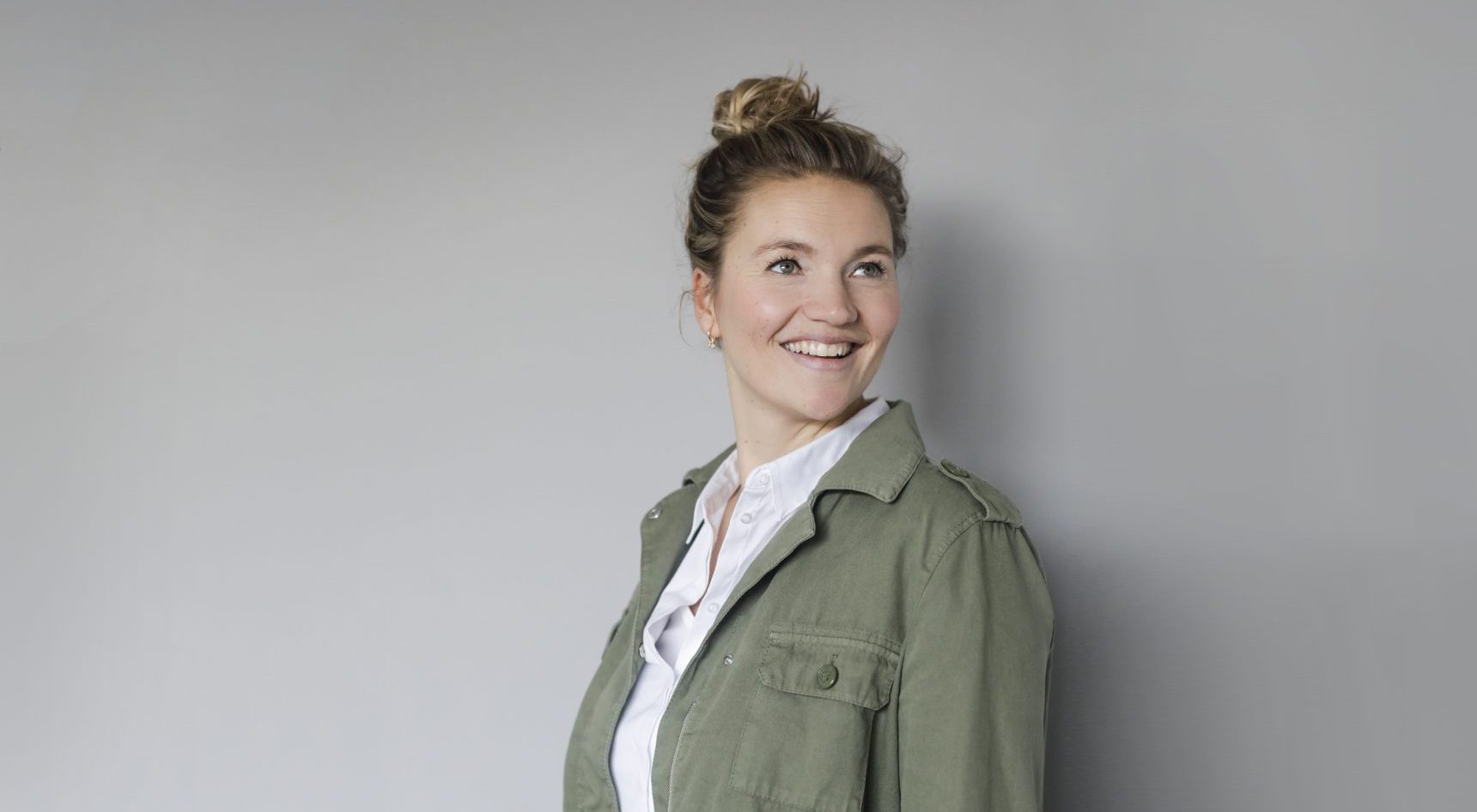 She’s one of the brightest and most positive people you are ever likely to meet. Astrid van der Hoeven founded lifestyle brand ME&MATS, to spread a message to the world: That there is gold in even the smallest moments. She managed to turn the worst thing that happened to her, into a radical but positive change. And the way she runs her business is anything but usual.

“I never thought about starting my own company before. What I did know was that I never wanted to work with ass-holes ever again.”

When I walk into the apartment a bright smiling Astrid welcomes me at the door. Her youngest son, Valentijn, sits on the couch in the living room. He stayed home sick from school, which is why she asked me to come to her house instead of the office, where she usually spends her weekdays. After poring us both a hot cup of tea, we sit down at a large wooden kitchen table. Valentijn, on the other side of the room, shifts his attention back to his iPad. 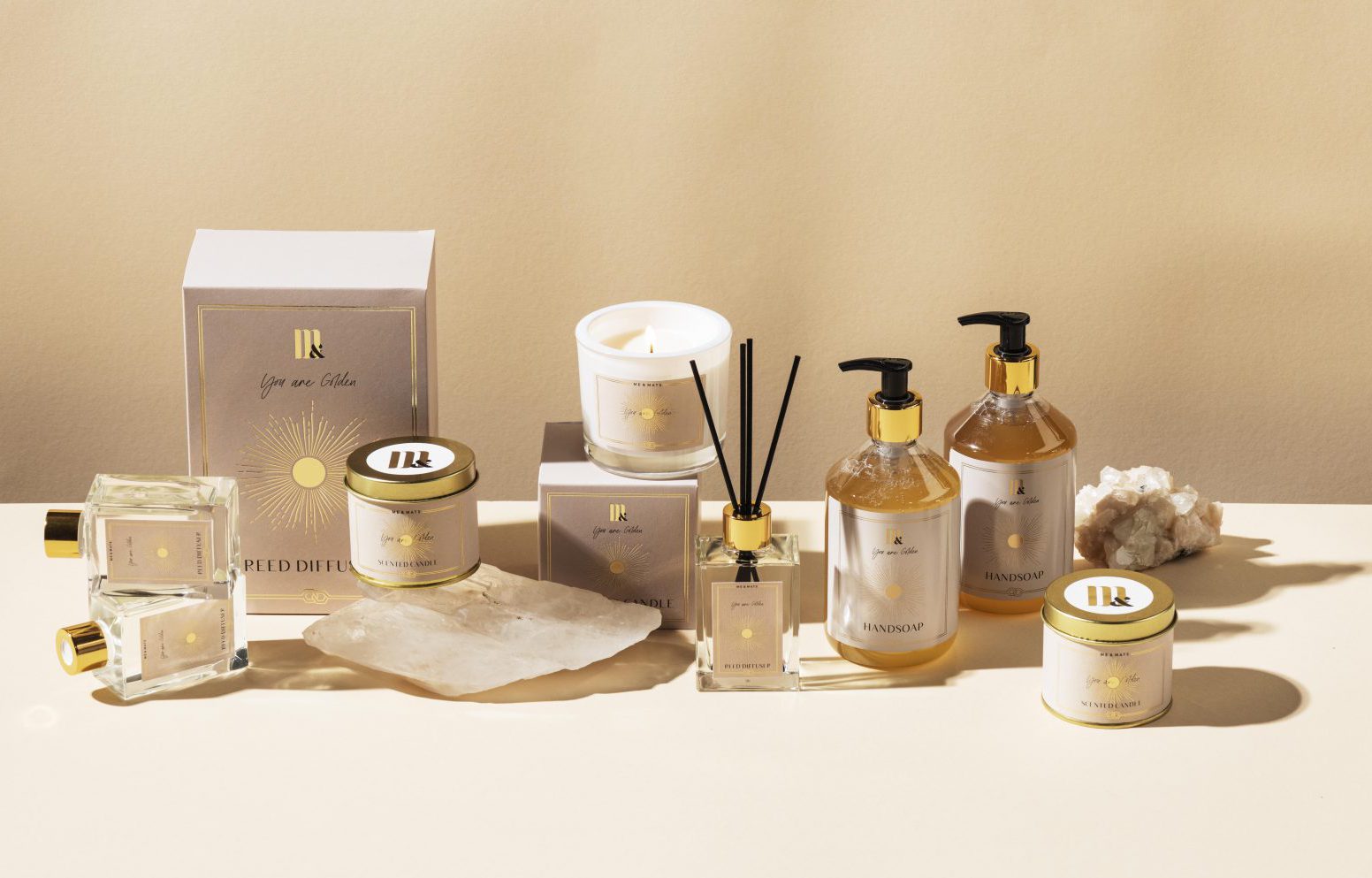 Astrid (44) lives with her long-time boyfriend Robbert, in a quiet district in Amsterdam. Together, they have three children. All boys; Roemer, Mats and Valentijn. The story she tells of her journey to personal freedom takes on a very particular poignancy, especially when seen through the lens of a fellow mother. Astrid founded her company in 2015 and named it after her second-born child, Mats, who died shortly after he was born. It was the first time she had lost someone that was that close to her. At the time, she was working as a Sales Director for an international company. A real business woman, so to say.

“I went back to work pretty quickly after Mats died. But after a few months being back at the office, I thought by myself; what exactly am I doing here? It didn’t feel right anymore. I felt that in my life, my desire was no longer to achieve sales targets and all that superficial stuff.” Astrid explains. On an individual level, she felt the need to tell the people that meant most to her, how lucky she was to have them in her life. “Because, let’s be honest, how often do you tell your friends how much they really mean to you? Not enough, that’s for sure!”, Astrid recalls. “We often only say things like that to each other after two or three bottles of wine! So, I decided to make seven candles for my closest friends, each with a personalised quote. From “Never Doubt Your Instinct”, to “I’m Proud of You” to “You Rock”. Little did I know then this would be the very first step towards starting my own business.”

“I found a balance between leading with meaning and desire versus running a commercial company. I still find it incredibly special that these two things can coexist.”

She managed to turn the worst experiences of her life, into a something positive; to share happiness with the world. “I never thought about starting my own company before. What I did know was that I never wanted to work with ass-holes ever again, because I’d done that too much already throughout my life.” She laughs. Many people start with an idea and create a business from there. Astrid however, started her business based on a personal desire. “I followed my heart instead of a business plan. I didn’t know if I would have what it takes to run a company. And, in all honesty, because I had no experience as an entrepreneur, the first few years felt like some sort of a trial. At the beginning, it was difficult for me to really see the company as an organization. Everything had to be nice and peaceful, because of Mats. It wasn’t until about a year ago that the performance-beast in me returned and I was able to look at things more from a business perspective. I found a balance between leading with meaning and desire versus running a commercial company. I still find it incredibly special that these two things can coexist.”, she explains. “Not that I didn’t make any mistakes. In fact, there are about a thousand things I could have done differently, but those were the lessons I needed to learn.”

“We have always respected each other’s grief, and the fact that we handled it our own way.” 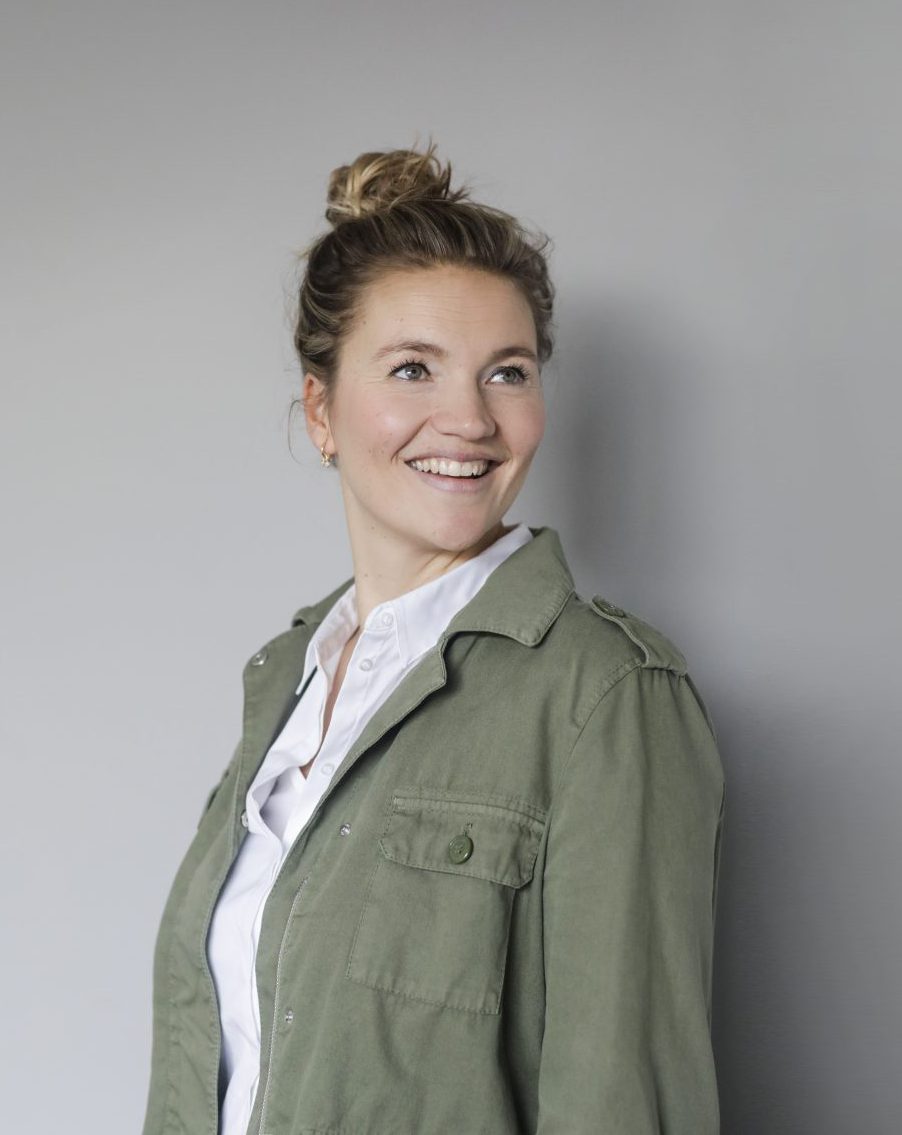 Besides being involved in every aspect of her company, Astrid values time spent with her family. “I’d always been quite self-centred, but after the birth of my first child, I suddenly became completely subordinated to my son. I think it’s crazy that having children gives you a whole new perspective on life. Once I became a mother, I started to see the world through the eyes of my children. For me, the best thing about being a mother is the privilege to love someone so intensely, but I also think it is very contradictory, because all of the sudden you’ve been given this huge responsibility of having to take care of another person. My family means the world to me, but I also find investing time in myself very important. It is a cocktail of ingredients that all need to fall into place.”, she says.

It’s safe to say that finding the perfect balance between work and spending time with your kids is a struggle for every working mother. Luckily, Astrid has the support of her family. “I find myself extremely lucky to have Robbert by my side throughout this journey. The beauty of our relationship is that we have always respected each other’s grief, and the fact that we handled it our own way. He has really supported me in the fact that I felt (and still feel) Mats’ presence, even though he experiences this differently. The bond that develops between two people who have shared a traumatic experience together is indescribable. You will never be able to share that with a new partner on the same level. And it has brought us even closer together.“

That she is so comfortable in her own skin speaks volumes about her role as a mother. Mats has a central role within her family. Astrid: “It’s not like we talk about him every single day, but it’s certainly not a taboo either.”, she explains. “I still feel very connected to him, I always have and I always will feel him near me. “

As far as female entrepreneurship is concerned, Astrid clearly sets an example. “I think it is great that my family (of boys) learns to understand that a woman can also pursue her own ambitions. I myself, draw a lot of inspiration from female role models. It so important for women, especially in countries that are less fortunate that ours, to be able to draw strength from female leaders. For example, when it comes to sensitive subjects around women’s rights. Despite what happened to me, I think the freedom of choice regarding subject such as abortion is extremely important. Women should be in control of their own body. I think it is very powerful if a woman, a public figure in particular, can be open and honest about her struggles. “

However, when it comes to me giving advice to other women who have gone through the same thing, there isn’t just one way to do it. The process of grief is different for everyone, there is no right or wrong. Astrid: “The most important thing is that you must receive sorrow and not try to hide it. The consequence of naming my company after Mats, is that people continue to ask about it. That can be difficult at times, but it also enables me to keep his spirit alive. Of course I still miss him, but I feel extremely privileged. That short time with him has brought me so much and because of my company, which bears his name, he is always with me. He is the reason I have embarked on this adventure. Yes, I have a black page, but I am very positive about life.”

Very few people in her position can claim the kind of success as she’s seen it, though in this case, it’s her humbleness in which she emerged as a true leader. “It’s hard for me to say that I’m proud of what I’ve accomplished. Especially when it comes to motherhood, I often think: ‘Am I doing it all right?’ If I have to say something positive about myself, I would say I’m extremely proud that I have been able to let go of my struggles; that inner conflict around ME&MATS is a good example of this. I am proud that I went on this adventure, I could never have imagined that our products are now available in 20 countries worldwide. There are many moments in life that we can celebrate, and we should! Too often we focus on our flaws and forget to praise ourselves for what we’ve already accomplished.”

As we wrap up our conversation before heading upstairs for her headshot, Valentijn, curious as he is, peeks into the kitchen to see what’s taking his mother so long. The interaction between the two is heart-warming. He sure takes after his mother.