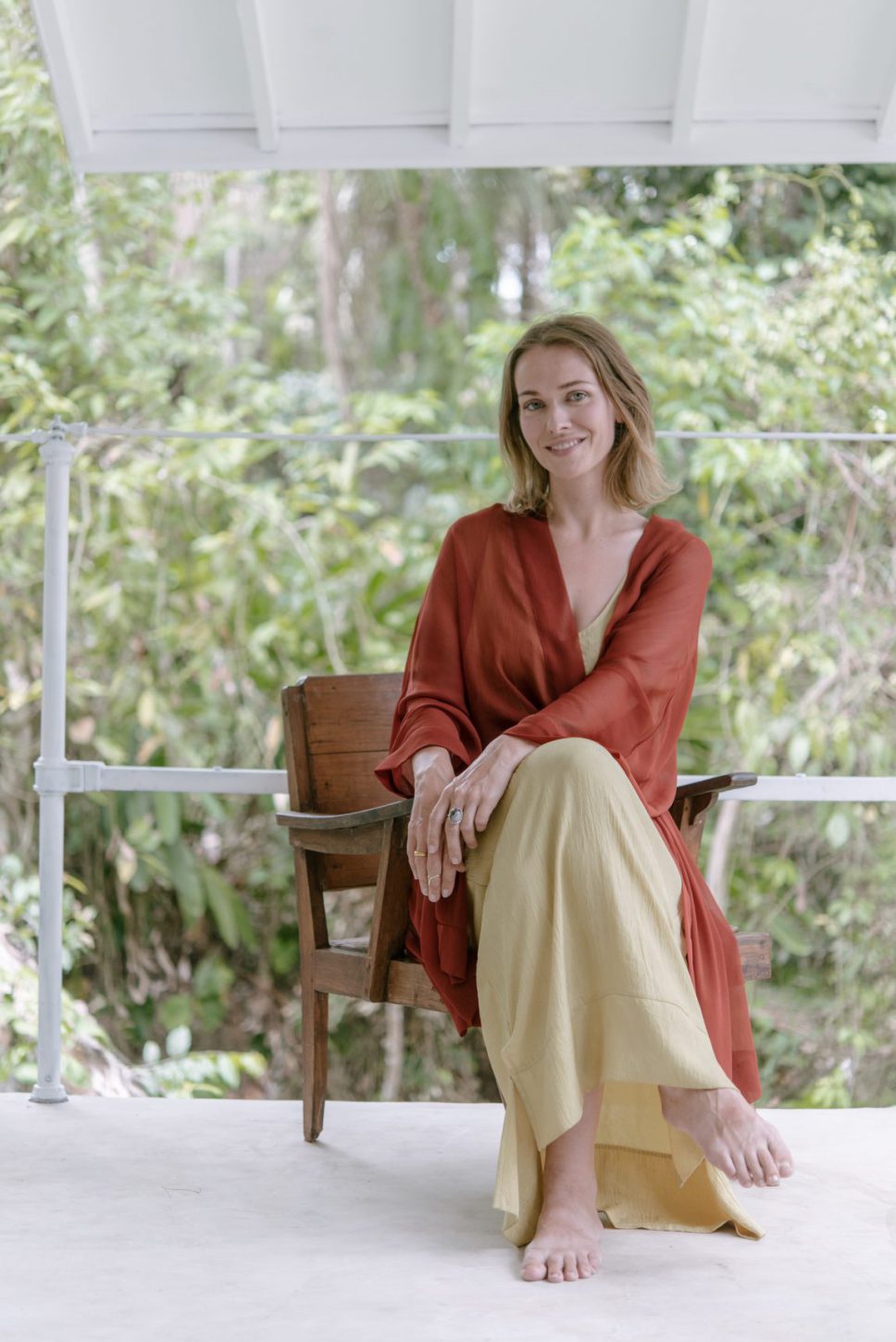 Having worked for fashion houses like Louis Vuitton and Prada, flying back and forth to Paris for training and being responsible for VIP-relations, Ilse Bos (30) lived in a world that many girls can only dream of. But, as with most dream jobs, this life was not without sacrifice. After many glorious years in the world of champagne and designer bags, Ilse exchanged her high heels for flip flops and followed her spiritual dreams. She found her home on the Indonesian island of Bali, where she started her own yoga and mindfulness retreat among the rice fields in Ubud.

“It seemed as if those expensive bags served as a substitute for something else that was missing in their lives. As if they wanted to fill a void.”

Ilse has been involved in fashion from an early age. Through a head hunter, she was hired by Louis Vuitton, where she took care of the brands most important customers and provided sales training for which she regularly jumped on a plane to Paris. “I lived an amazing life, however, back then I already noticed something about the fashion industry just wasn’t doing it for me anymore.”

After four years with Louis Vuitton, she made the switch to Prada. “I figured: New brand, new opportunities. But it was the same story all over again.” she says. “It is hard work, you really can’t compare it with the middle segment. You learn so much, but often you have to put your personal life completely on hold. What started to threw me off at some point was the consumption behaviour of many customers. Though I had some amazing connections with people – some of them I’m still in touch with, it seemed as if those expensive bags served as a substitute for something else that was missing in their lives. As if they wanted to fill a void. It just didn’t feel right to contribute to this lifestyle.”

Spirituality has always been part of her life. In fact, she has been visiting an astrologer on a regular base since she was nineteen, and attended yoga classes a few times a week. Once, she was asked the question whether she would be interested in becoming a yoga teacher. Her reaction was almost indignant: “No, of course not. I have a job, a career even. I am not going to teach yoga.” She laughed. Less than a year later she made her first trip to Bali. “for the past 10 years, I had not been able to take a holiday for more than a week at a time, which often were trips to cities like Paris, Milan, or Japan. I really needed to get away from all of it and decided to spent a month on a yoga retreat in Bali. This experience changed my life and from that moment on, there was really no way back.”

“When I left home and, with that, the familiarity of the fashion scene I had been part of for so long, I felt as if I no longer belonged.” 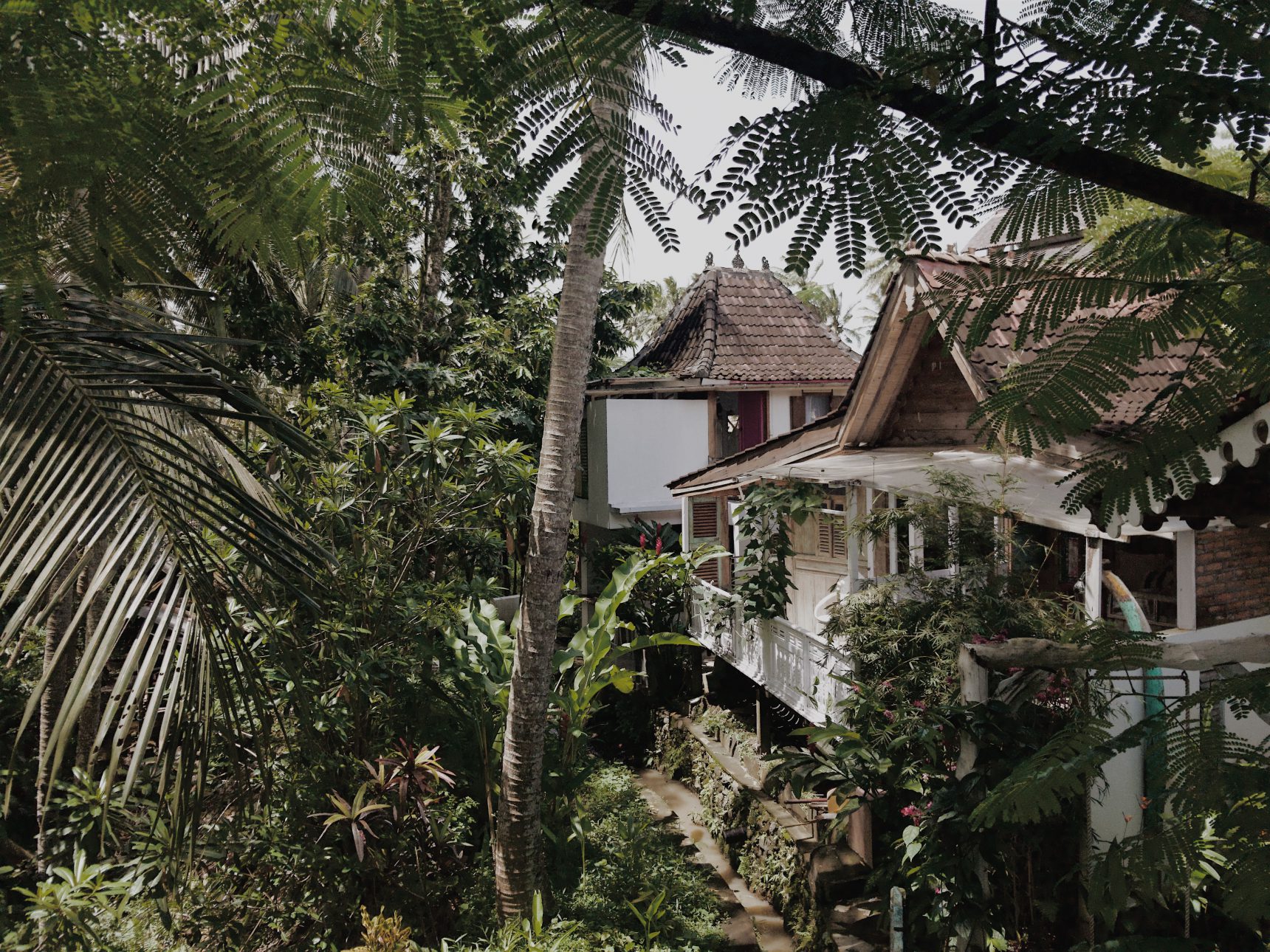 Upon arrival back in Amsterdam, she knew for sure that the life she was living wasn’t what she wanted anymore. She immediately booked her next spiritual vacation to Thailand where she took courses and meditated in a monastery. Shortly after, she sold everything she owned and moved to Bali for good, starting her own yoga and meditation retreat in the peaceful surroundings of Ubud.

“To be honest, at the beginning I had trouble finding balance. When I left home and, with that, the familiarity of the fashion scene I had been part of for so long, I felt as if I no longer belonged. But when I arrived at the retreat, I was sold right away. I wanted to make it more luxurious though, but without disowning the connection with nature and spirituality.”, Ilse explains. She runs the retreat by herself, teaching yoga and helping people find their spiritual connection. “I consider myself really lucky; I met the right people at the right time. Everything suddenly fell into place, as if it should have been this way.” 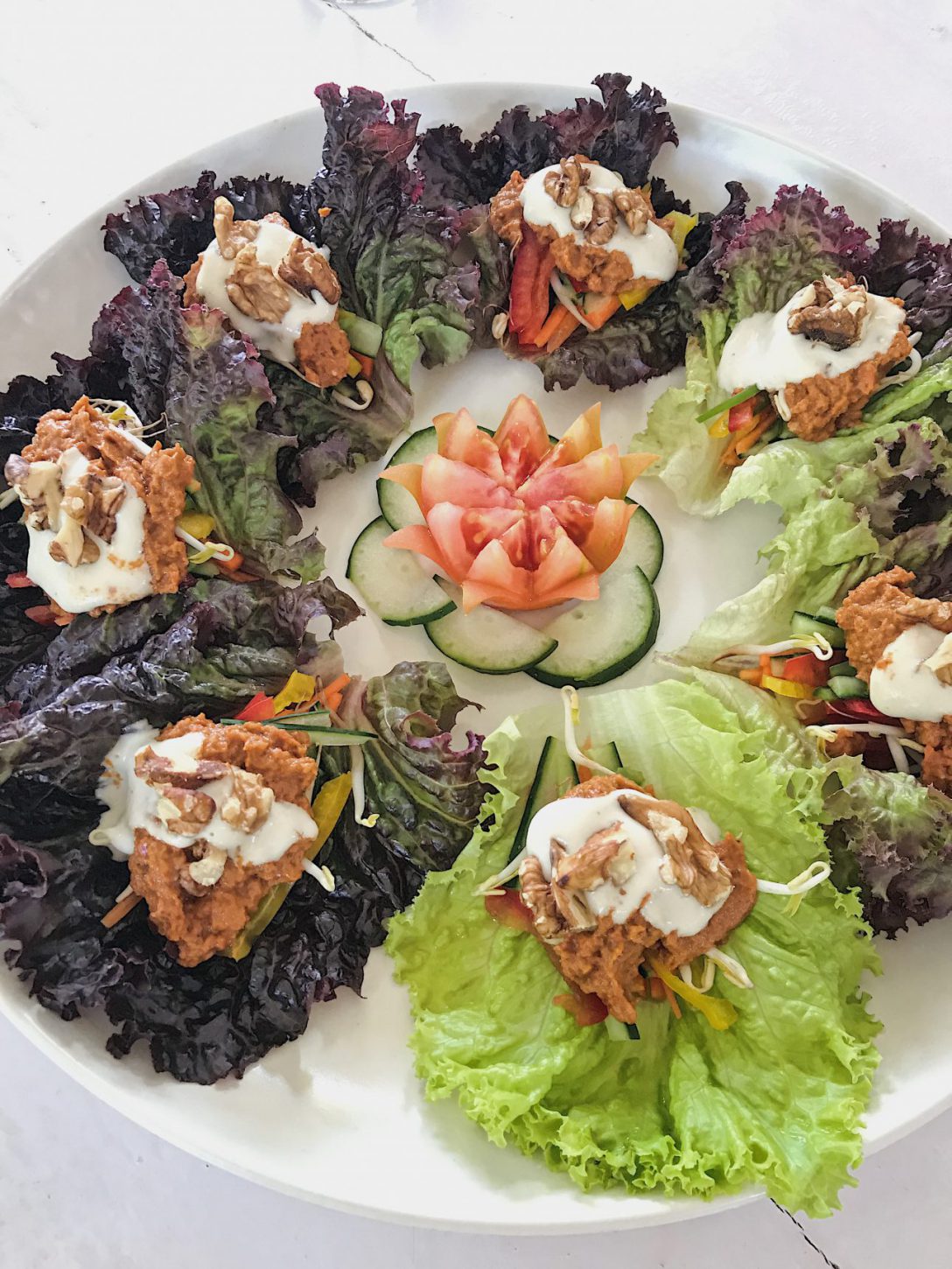 Ilse joined forces with Dutch chef, Simon Jongenotter, who creates the most amazing dishes from local sources. Simon is internationally known for his plant-based workshops, where he teaches how to make a very good meal, exclusively from plants and herbs that you can find in your own backyard. “We give our own twist to various Indonesian traditions and recipes. At the retreat, we collect as much ingredients as possible form our own garden. Balinese cuisine mainly consists of flowers and herbs that grow on the Island. Did you know, for example, that you can even make a delicious meal out of weeds? It’s very soothing to know that everything you need for a meal is actually right outside your door.”

The retreat is mainly visited by women who want to escape from their overcrowded schedules. Having experienced first-hand what impact a working woman’s lifestyle can have on your mindset, Ilse shares her knowledge on how to find balance between mind, body and soul through inspiring workshops. The combination of a holistic view, mindfulness, yoga and home-made dishes is what makes this retreat so unique. “We are not an average retreat.”, she notes. “We don’t just do yoga, because yoga alone is not enough. It’s about a holistic way of life in which nature, mindfulness and movement play a leading role. Healing crystals, for example, are very powerful when used for meditation. They have the ability to absorb and emit signals, which can help you to reduce stress and get rid of negative energy. They also do miracles for your skin. I mean, there’s a reason Cleopatra used rose quarts to combat her wrinkles. The most important thing is that you need to listen to your own body. The ultimate goal is that you find a lifestyle that suits you.”

In addition to a new and improved way of living, Ilse also found the love of her life on the island. “I just returned from a vacation in India when Sagar suddenly appeared on my screen – we met through a dating app and among mostly Dutch tourists, his profile caught my attention right away. Our first get-together was actually supposed to be with a friend, but she cancelled at the last minute. Suddenly it was just the two of us. Awkward, yes, but we had a connection right away. It was only a matter of days before we fell head over heels in love. “

Sagar lives in Bali, where he works as an architect, but was born in Nepal where the couple got married last year. “Traditions around marriage are extremely important within Hinduism and include many ceremonies.” she explains. “You can imagine that that’s not always easy for a down to earth Western girl like me. It could be quite overwhelming at times. Fortunately, his family welcomed me with open arms. I am someone who knows what she wants. Luckily, they respect that. They’re such lovely people and I am very grateful to have them in my life.”

“It’s still taboo for women to talk about being on their period. In fact, as a woman, your main job is to take care of your family.”

Visiting Nepal on a regular base, she organises Women’s Circles for the local community near the birth town of her new husband. “It’s a safe space for woman where they can connect with themselves and with others, and share thoughts on topics that they can’t discuss in front of men. For example, it’s still taboo for women to talk about being on their period. In fact, as a woman, your main job is to take care of your family. It’s still very traditional. They have dinner ready on the table when their husbands come home from work. Being here, gives me the opportunity to connect with so many women and to help them to take the first steps towards a harmonious existence.“ Ilse says. “The yoga, the meditation, the people: I am truly happy to be part of it all and I’m enjoying life to the fullest. The best thing about living here is that life is so much more relaxed. We don’t have to be so busy all the time.”

Together with her husband, Ilse founded another company STUDIO NEBA. A creative studio in which fashion, architecture and interior collide. With her designs, she supports local craftsmanship in both Nepal and Bali. Exclusively for AV-mag readers, STUDIO NEBA offers a 10% discount on their unique pieces. Follow @avcreativeinc and @studio.neba on Instagram and use the code “AVMAG” at the checkout.

Interested in booking the ultimate get away in 2020? Find out more about the retreat Nourished, Body & Soul.